Home » Canowindra Tigers Building A Strong Team For The 2022 Season 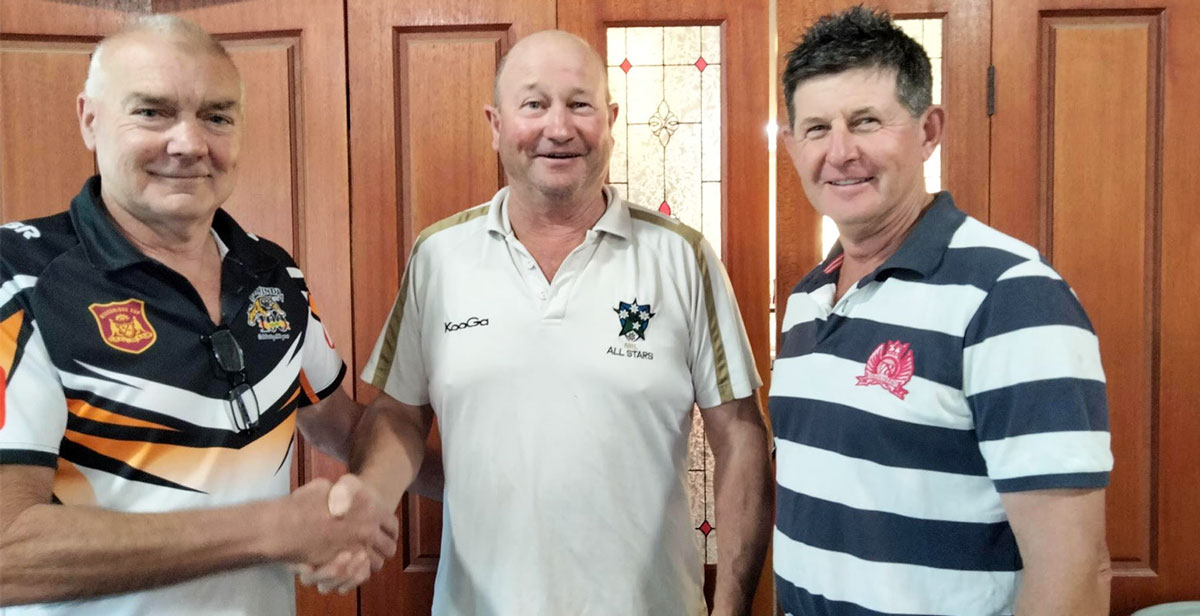 The build up to the 2022 season continues for the Canowindra Rugby League Football Club (CRLFC) with the signing of Aaron Earsman. Aaron started with the club as a junior and continued on to the senior competition – playing for the past ten years. Aaron is recognised for playing every game like it will be his last and will be a huge asset to the team.

The club also announce the prize signing of Ronald Lawrence, a representative player with a wide range of experience and knowledge of the game. Ronald will again be a great captain and leader for the club.

Nathan Whatman has also committed to playing the 2022 season for the CRLFC. This year was a very successful year for Nathan, being named the Woodbridge Cup Player of the Year and Top Try Scorer. He was also the Tigers Best and Fairest and is a great asset both on and off the field.

The CRLFC consider themselves very lucky to have ‘Mr Versatile’ – Brodie Friend amongst their ranks for 2022. Not only can Brodie fulfill various roles in the team, he also contributes to the Tigers Junior League by coaching the under 16’s side.

Mention Clyburn name in Canowindra and the first thing people think of is football.

Therefore, it should come as no surprise that the club welcomes Callum Clyburn on board for 2022. Callum will fill a dual role for the CRLFC as the youth league Coach and mentor to the young tigers, as well as being a first grade player.

It is with great pleasure the CRLFC announce the major sponsor for the 2022 season will again be the Canowindra Bowling Club. The CRLFC thank them for their continued support of the Tigers. 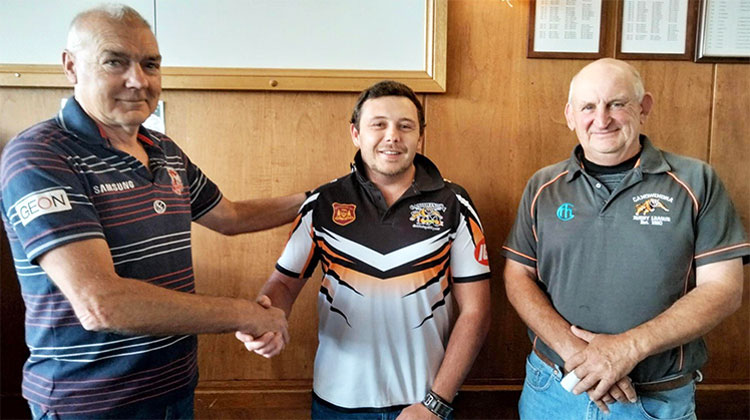 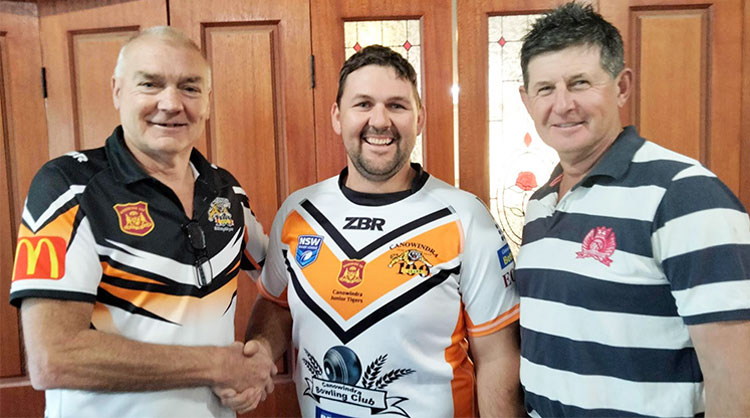 Kevin Grimshaw together with Ronald Lawrence and Treasurer Wayne Hughes. 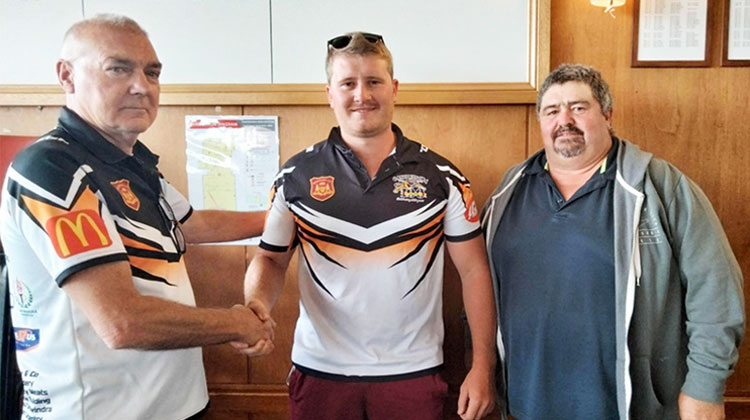 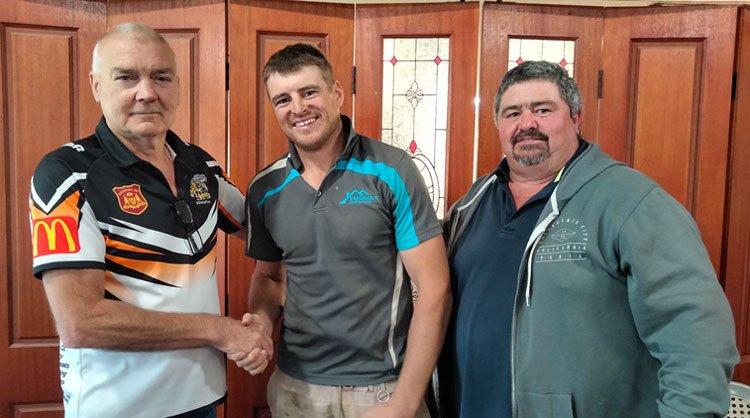