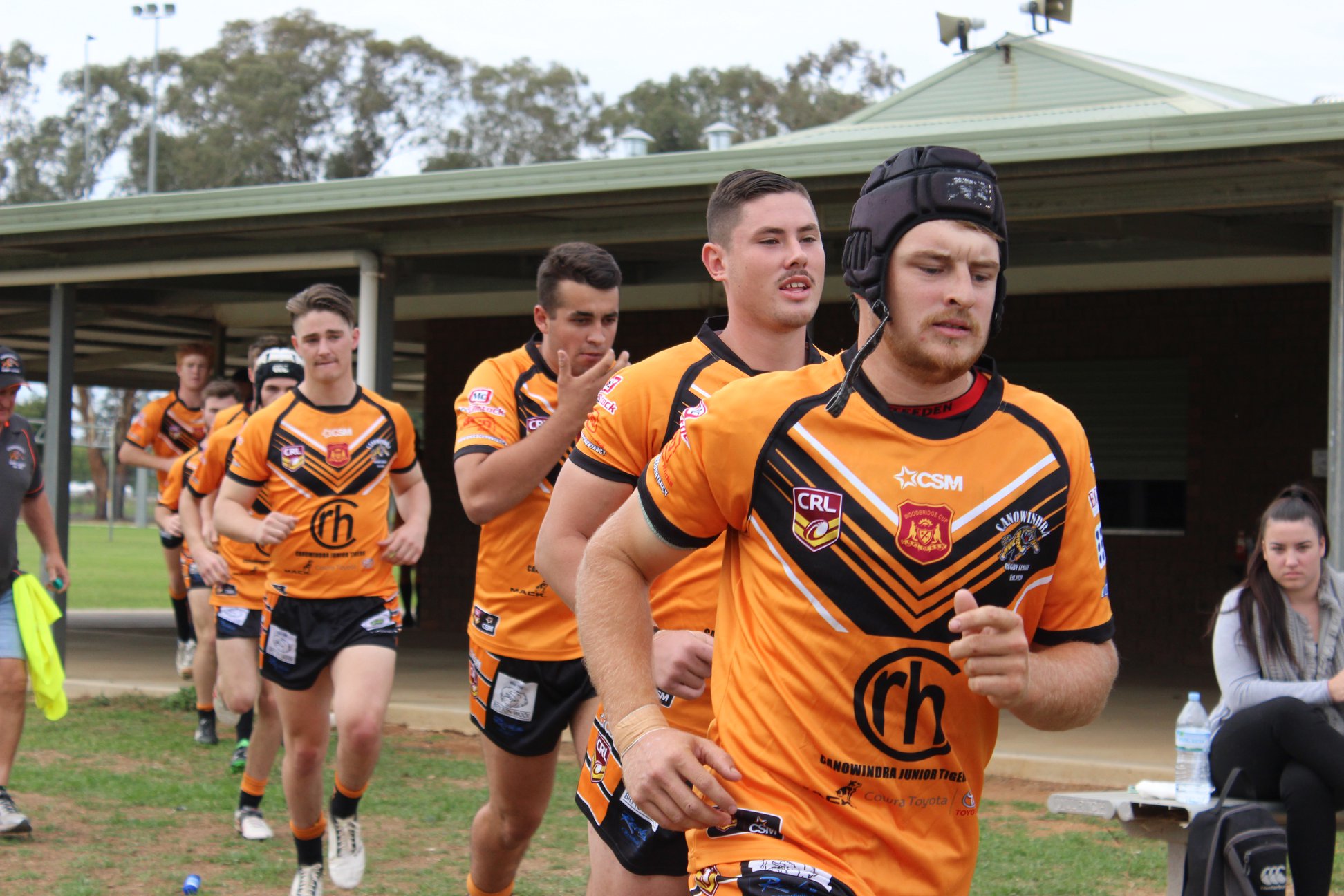 The Canowindra Tigresses put in a solid performance on Sunday although they were beaten by a classy Manildra outfit. The final score of 24-8 didn’t show the closeness of the game with both sides trying to gain the upper hand in the first 50 minutes of the match.

It was only when Manildra received back to back sets of six that proved to be a turning point, putting on a great display of rugby league. Lack of posession for the tigresses took its toll on their fitness allowing Manildra to run in tries in the closing ten minutes of the game.

Players Player and Best and Fairest went to 3 Alicia Earsman, 2 Kathy Davis and 1 each to Hayley White and Monique Jenart.

Manildra proved they are going to be a force this season with a convincing win over the Tigers last Sunday 40-10. The Tigers started the game in fine style
putting the Rhinos under a lot of pressure which was rewarded in a great try with Kennelly scooting down the sideline to score in the corner.

It was a ding dong battle for most of the first half the Tigers scored their second try in the 28th minute from some determined running from Sia after good team work to get within striking distance, it was converted by Rob Burn to lead 10-0.

In the last ten minutes of the half the Tigers failed to control the ball and Manildra forged ahead scoring 3 converted tries. Trailing 18-10 the Tigers would have to score first but alas this wasn’t to be as Manildra ran in 4 tries and a penalty goal. Best and Fairest points went to 3 Frazer Ryder, 2 Reagan Hughes and Players Player, 1 Callum Clyburn, Aaron Earsman and Brydon Hughes.