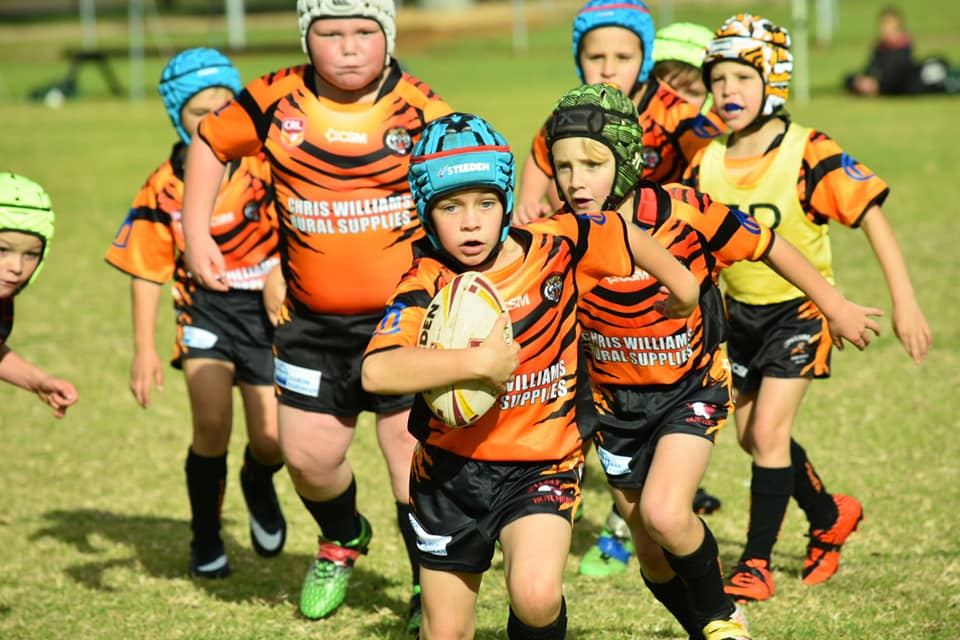 The Canowindra Tigers travelled to Burrangong on Sunday for their Round 7 clash. The Tigers finished the game on top winning 50-12. It was a very cold day down in Young but the Tigers played some very entertaining football.

The forwards laid the platform for the Tigers backs to capitalise on which resulted in the Tigers scoring nine tries. Strong games were had by Canowindra lock Kain Earsman and brothers Dan and Brad Bowman who had the Burrangong forwards defensive line in trouble all day.

Jayden Brown had a very strong game at half back, helping the outside backs to work their magic which resulted in Dan Madden playing at five eighth scoring three tries. With Himah and Clements both scoring a try each too. The Tigers defence was strong with numbers in tackles which frustrated the bears attack.

The juniors played against Cargo and were very impressive winning 36 points to 12. It was good to see Cargo finally getting a team together as it adds strength to the junior competition.

The league tag girls couldn’t finish off the second half as they started the first where they lead at half time 14-10. The tigresses were moving the ball around well and linking parties together but unfortunately missed crucial tags to allow Burrangong to score points and they went on to win the game 26 points to 14.