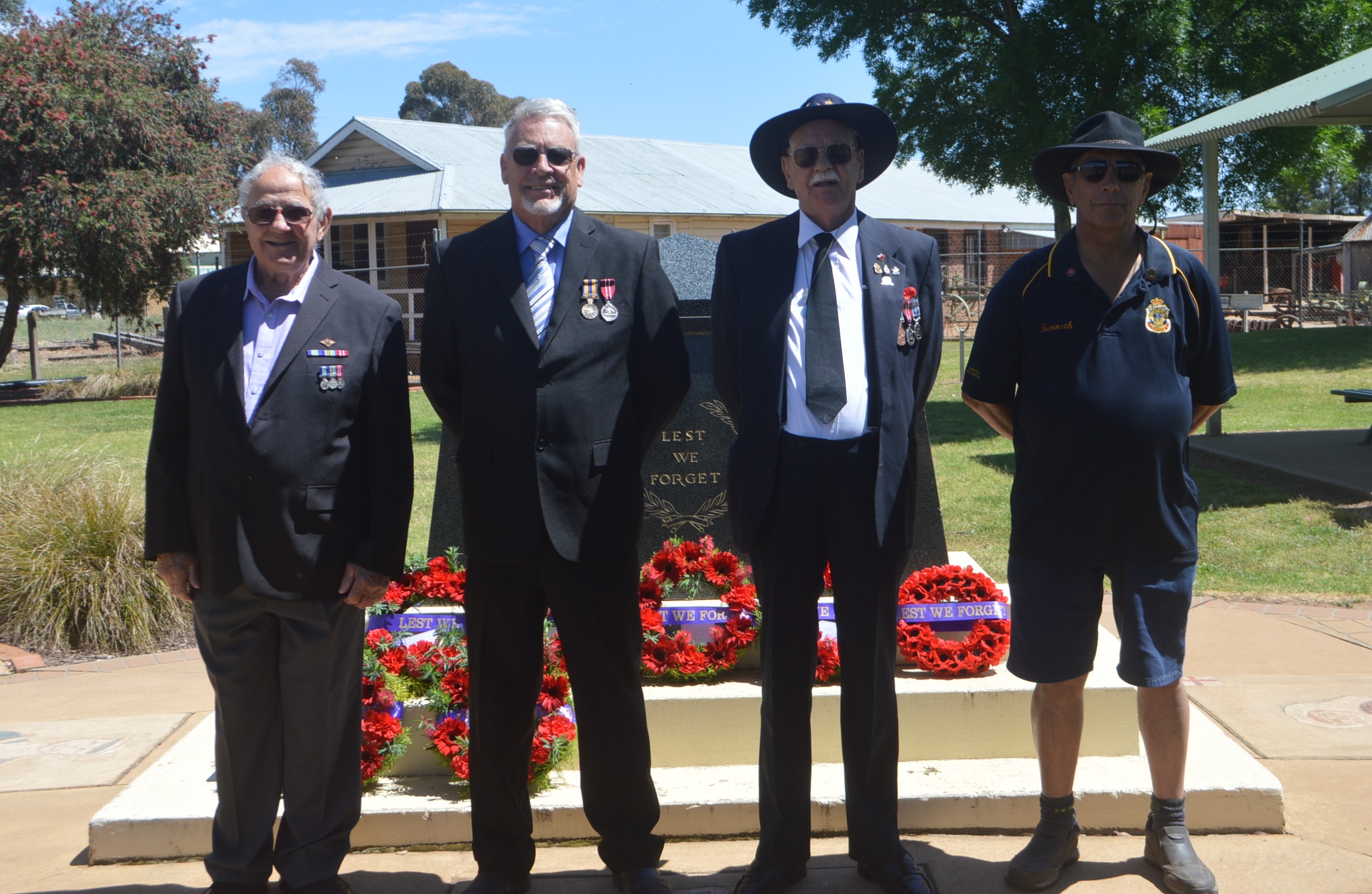 On Saturday 11th November at 11am Canowindra stopped and remembered those who have fought and lost their lives in war for Australia for Remembrance Day 2017. More than 75 people joined together in Memorial Park on Gaskill St to honour those who have fallen to war, led by Canowindra High School Leaders Julia Stanley and Will Wright. 2017 marks 99 years since the armistice that ended the First World War in 1918.

Mackenzie Lazarou from Canowindra High School read “The Significance of Poppies on Remembrance Day” and stated that more than 102,000 servicemen and women have lost their lives in the past 100 years during war.

Wreaths were laid by Mike Harrison for the RSL, Andy Townsend and Lydia Durkin for St Edward’s Primary School, Ken McDonald for those un-returned servicemen and women, Tom Beath laid a wreath for the Canowindra Services Club, Canowindra Public School’s wreath was laid by Mitchell Stephens and Leah Troy and Mackenzie Lazarou and Ashley Frost laid one for the High School and Garry Shearer laid a wreath for those from Canowindra and surrounding villages.

Robbie Burns did a prayer for the Australian Defence Force and said “Please bring them home safely to loved ones.” Mike Harrison then concluded the ceremony after the last post and one minute silence was observed along with the singing of the National Anthem, he “Thanked the three local schools for participating, Canowindra High School for leading the service and the local people of Canowindra for attending.”