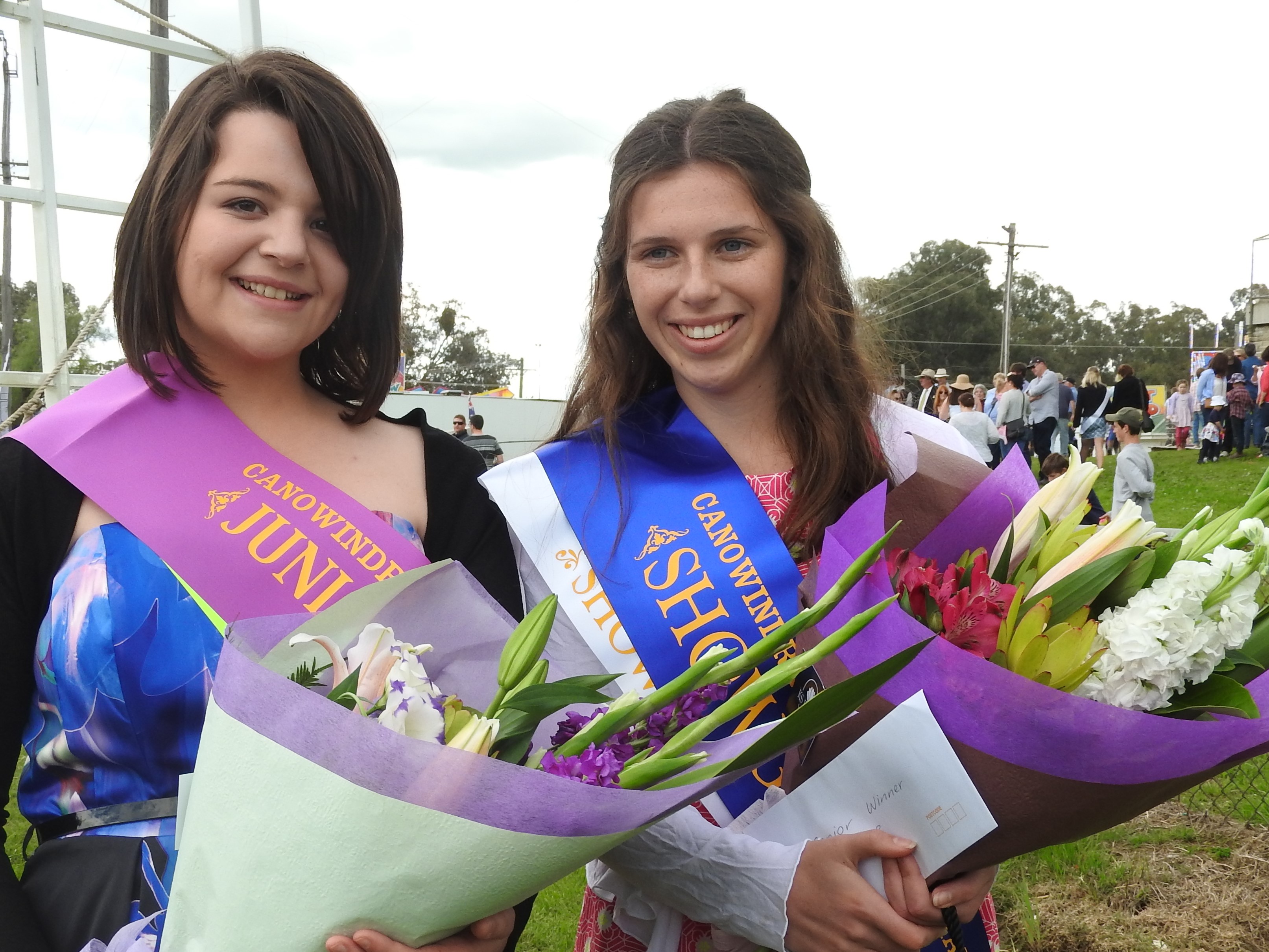 Winners and grinners would be how to describe the 2016 Show, with many events still going ahead despite the weather. One of the main spectaculars of the Show, being the Canowindra Showgirl, was awarded to Meg Austen this year. Meg was delighted with the win saying, “I’m really happy that my time spent here is being recognised and that hard work really does pay off.” The 2016 Junior Showgirl was awarded to McKenzie Lazarou, who showed exceptional skills throughout the interviewing process, in what was a close competition.

With events continuing throughout the day Team Penning was a standout event. This year’s winners were James Watson, Amy Wythes and Lucy Mcglynn. Phil Balcombe cleaned up in the sheep section as usual, taking out Champion Poll Dorset Ram, Supreme Ram and Supreme Exhibit. Other major winners in this section were Kinellar, who won Supreme Ram Lamb, and Pine Creek, who won Senior Supreme Ewe.

Andrew Gee MP, Member for Clare attended the show and sashed the Miss Showgirls as well as addressing this year’s show.