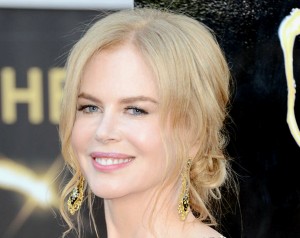 Nicole Kidman set to star in “Strangerland” – to be filmed on location in Canowindra!

It looks like Canowindra is about to hit the big screen again, this time as the location of a top-line mystery thriller movie starring none other than Nicole Kidman, Hugo Weaving and Guy Pearce.

The film is called “Strangerland” and according to the publicity thus far it “details the steady unravelling of one couple’s lives after their two teenage children go missing in the Australian outback.”

A co-production of the Irish company Fastnet Films and Australia’s Dragonfly Pictures, it’s scheduled for cinema release in 2015.

Word about the project began rippling through Canowindra last week when a team led by Sydney-based location manager Colin McDougall began scouting the town and environs for visual scenes and backdrops suitable for the movie.

The group had previously scoured Broken Hill, but it’s understood they couldn’t find anything that matched Canowindra’s historical character.

Production teams will return in force on April 2 with around 60 Dragonfly staff booked into the Old Vic Inn, Riverview Motel and Eddy’s group accommodation facility next to St Edmunds Catholic Church.

It’s understood they’ll be in the area for eight days talking with local businesses and generally getting to know the community.

And the project will put Canowindra on the map for the second time, with “Strangerland” adding to the excitement and prestige the town enjoyed in the  March 2012 filming of a high-tech Optus commercial on Gaskill Street.

Canowindra was chosen as the location for the commercial after other prospects from Braidwood to Raymond Terrace were turned down.

Though the full budget of “Strangerland” isn’t known at this stage, Screen Australia is said to be backing the project as “part of a $32.3 million feature support package” and it describes the movie as having a “strong creative potential and massive A-list potential.” (Variety)

Other finance has come from Screen NSW and the Regional Filming Fund.

There’s no doubt, also, that a project of this size is going to inject quite a lot of money into the Canowindra economy.

Though we don’t know how many production staff will be here for the actual staging and filming, it’s known that the NSW production spend is nearly $5.5 million and foresees 227 jobs.

All in all, it’s going to be another tremendous excitement for Canowindra – the town that’s always got so many surprises up its sleeve.

Let’s make it a warm, pleasant and rewarding surprise for the film-makers too.

UPDATE – Information on being an extra can be found here: https://www.canowindraphoenix.com.au/an-exciting-call-from-the-producers-of-strangerland/