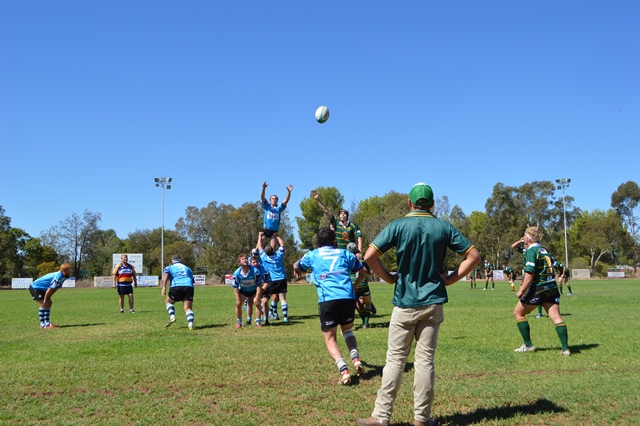 The Pythons would like to thank the Cowra Eagles and Wagga Aggies for the trial match on Saturday. The Canowindra boys came out firing from the first and led 10-0 with tries from Jack Knight and Ben Schaefer though both conversions went astray. In the 2nd and 3rd players shifted positions and Jacob Wren did well in his first game of rugby. New python Clayton Maynard also played well and will be an asset to the team. In the last 3rd a few cameo appearances occurred, first Mark ‘Bomber’ Brown the assistant coach thought he was benefitting from Doug Rice’s fitness sessions, it was said his last game was on the win against Grenfell and he wanted to finish in the forwards. Next Adam ‘Smash’ Nash came on after a year on the sideline coaching the Pythons. Todd Wyburn (who wasn’t meant to play) also couldn’t help himself and had to have one pre-final run for the Pythons before him and Rhi head overseas. The younger and fitter aggies lost to the Pythons final score 10-5. Coach Daniel Bowd said he was pleased with the hit out and is looking forward to the next trial on 18th April before the Balloon Glow.