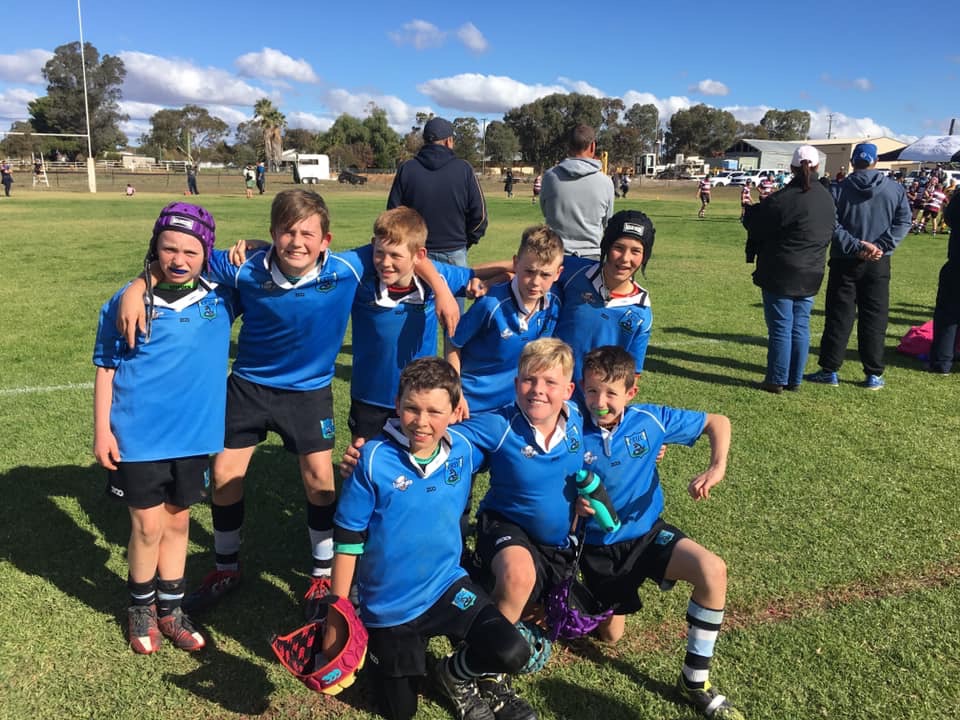 The ladies travelled to Forbes on the weekend and unfortunately Forbes were the winners in this game 94-10 with tries to Betty and Ash. On the field though the Canowindra-Cowra ladies were the winners, with the ball always in our possession and Forbes only scoring tries by being that little bit faster than us. 3 points to Monique, 2 points to Ash, 1 point to Rach.

The men travelled to Yeoval and put on a tough fight holding Yeoval out most of the game. At half time Yeoval were in front 5-0. The men were unlucky in the end going down 29-5 with the only try scored by James Watson. Joint players player went to Lockie Wells and Dylan Cheney, 3 points to John Frankham and Mick Watt, 2 points to Kenny Turnbull and Nathan Wells.

The U7s took on Parkes, Millthorpe, Cowra, and Forbes last Sunday in Cowra. Both Lachlan and Jack Nash did not shy away from running the ball hard up the middle. The outstanding ball handling of Jack Trengove was evident early and he baffled the opposition with side line dashes. Spencer Douglass showed initiative, diving for several tries close to the line. As always, Tommy Jobson was the go to man, a play maker able to attack the advantage line.

Lateral passing and running forward are improving with all players, especially Caleb and Sam, who are fast learning the game. James Morrow showed grit and determination, shaking off an early knock and regathering himself to play some great football.

The U9s faced a determined Forbes outfit in the first match going down narrowly in a hard fought game. The second game against the North Sydney Pirates was a tough match against a well drilled outfit, but again the boys never gave up trying. Finishing off the day against Millthorpe with the result going the Pythons way this time. Sam Breen fronted up again with some gritty defence and tenacious ruck play, Campbell Arnott backed up this week with a strong running game and also lead from the front with his defence.

The U11 boys came up against a slick North Sydney Pirates team in the first game. Lachie Rice and Toby Stephens made some barnstorming runs leading to several tries. In contrast the second game against Forbes was a real grind and a test of the boys metal. Jack Smyth lead the team around the paddock courageously. Cooper Williams and Hugh Nash were spirited at the breakdown and rock solid in defence. The third game saw the boys play a Kinross team that had improved considerably from the previous weeks clash. The boys found themselves behind at halftime, however a spirited come back in the second half with scything runs from Connor Watson, Cooper Breen and Marcus Wythes saw the boys slowly get on top of the opposition.