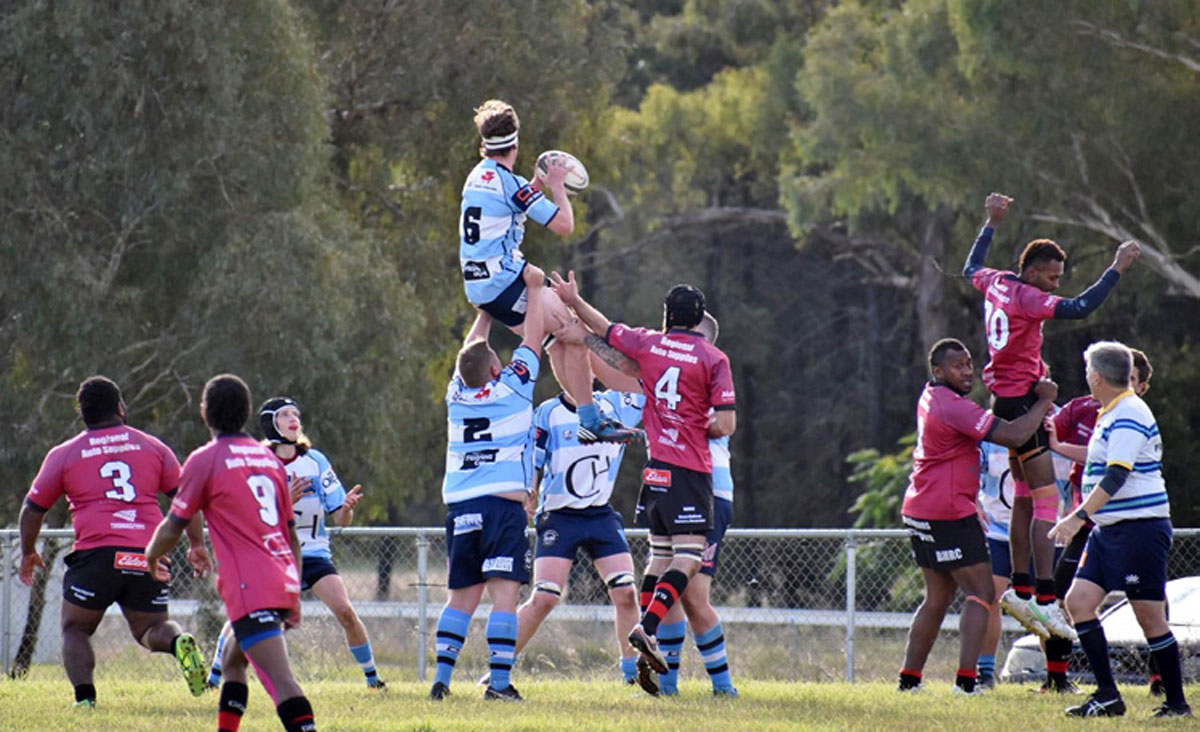 Canowindra Pythons flying high to receive the ball from a line out during their game against Guerie Goats last Saturday.

In round four, the Canowindra Pythons played against the Geurie Goats. Unfortunately, Canowindra didn’t come away with a win but played the best they could despite injuries during the game.

The field was rough, but the game was rougher, our inside centre Tim Somers scored the first try in the first half which was converted by Sam Austin.

As the second half rolled around and fatigue set in with a few players out with injuries the boys kept their heads high despite Geurie getting a few runaway tries.

The points and scorers were three points to Tim Somers, two points to Luke Byrnes, one point to Cormac McHenry and one point along with Players Player went to James Wolters.

This Friday night The Pythons play the Blayney Rams at Canowindra. Kickoff is at 7pm and we are hosting ladies’ night.