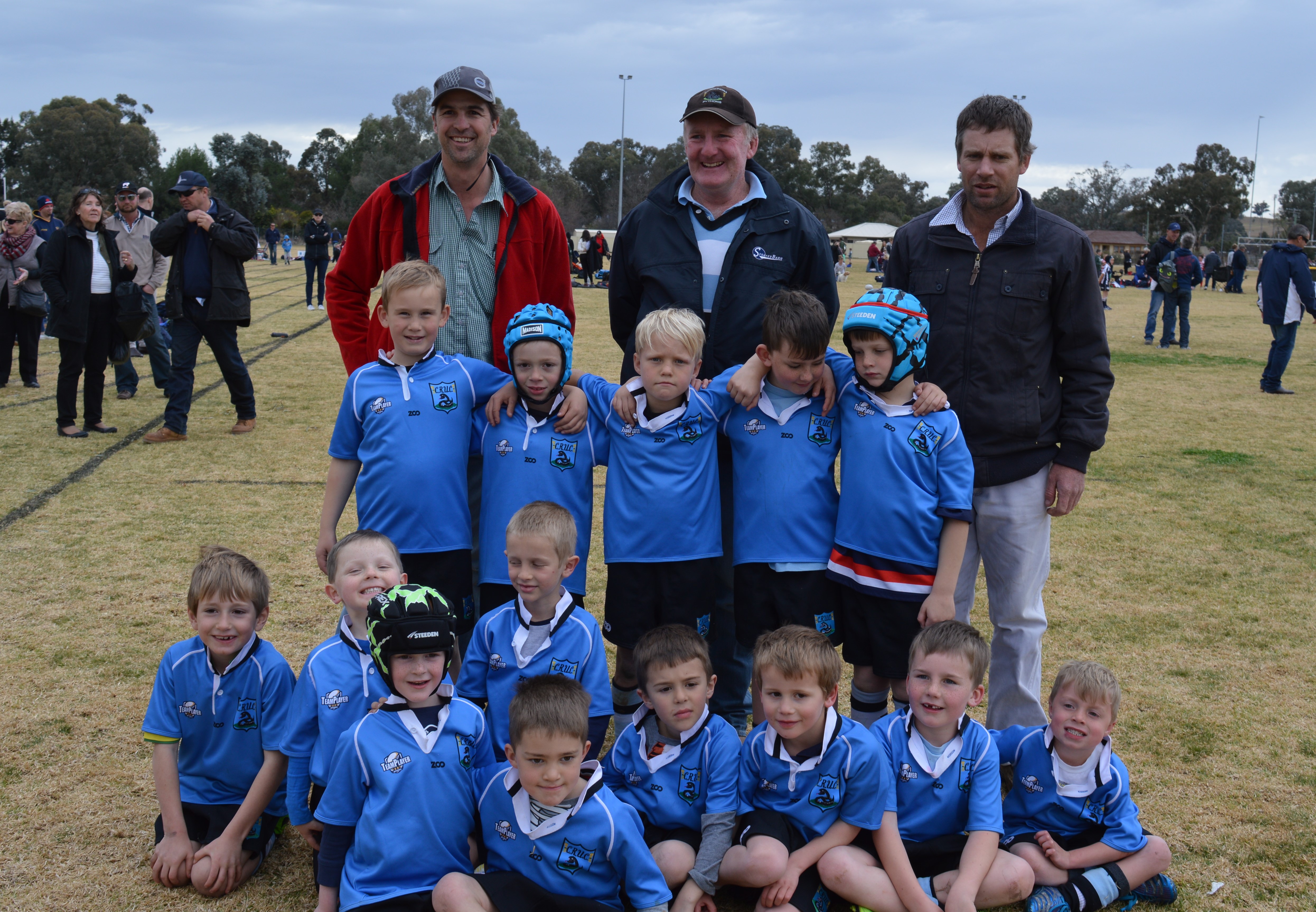 The Canowindra Junior Pythons held their
annual gala day on Sunday. Approximately
forty teams from around the Central West
attended.
A big thank you to Anne Maree Rice Club
Secretary, Mandy Townsend who did a wonderful
job catering for the masses, Doctor
Ros Bullock, and our volunteer referees
Tony Grant, Adam Nash, Mark Brown, and
Jacob Baker.
The Junior Pythons would also like to thank
the field sponsors Townsend Rural, Hassad
Australa, The Canowindra Phoenix, PJL
Group, Canowindra Bakehouse, Canowindra
Produce, Canowindra Tyre Service and
Lawrence’s IGA.
U11s set out to redeem some pride after being thrashed by Cowra last week. Cowra
won but the boys could definitely hold their
heads up high, making the coach proud.
Second game the boys out bluffed Bathurst
from the get go and triumphed 7 tries to 2. In
the last game the boys went down to a well
drilled Forbes team.
U9s put in a great team effort in all three
games. Some barnstorming runs by Fred
Durkin, and fleet footed Cooper and Sam
Breen scored some well-earned tries. Marcus
Wythes also played well with some spirited
defence.
Fantastic numbers in U7s meant that the
boys could field two teams, which meant
plenty of game time for the boys. Coach
Dom Townsend said “We couldn’t have been
prouder of all the boys, after five games
they were pretty knackered but played so
well and showed great sportsmanship.”
With such a big team on Sunday the
mighty Pythons song could be heard all
over the ground, now if coach Dom could
just get the boys tying their own boots!
Canowindra and Cowra Under 13’s
It was a beautiful Saturday morning and a
great crowd came out to watch the Canowindra/
Cowra Pythons host the Dubbo Reds.
The boys from both sides showed fantastic
team spirit and played the game with
fierce sportsmanship. Canowindra/Cowra
came away with a win 55-15. Points for the
week went to: 3 points – Jack Chamberlin, 2 points – Jock Stevenson, 1 point – Dylan
Slattery. Next week the team will travel to
Parkes to take on the mighty Boars.