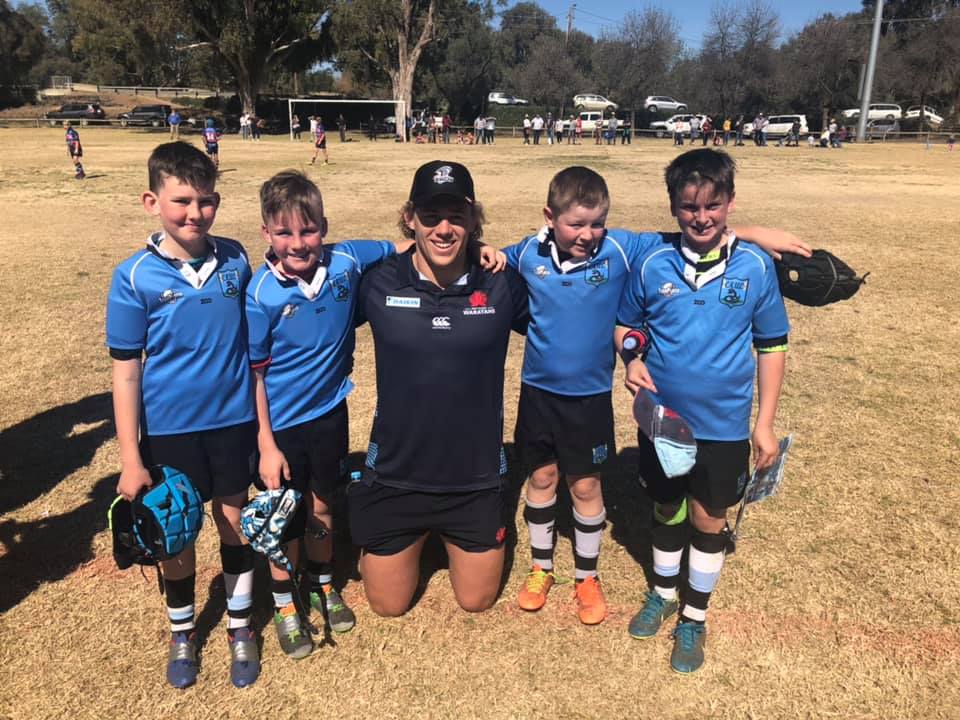 Lovely weather and a carnival like atmosphere for the last week of rugby hosted by Wellington. The U7s boys all contributed and displayed excellent skills that have developed throughout the season. Sam Markcrow had good runs and a spectacular try, supported by Kaden Smith with good runs and an excellent inside step, a true team player. It was great that Lachlan Nash has started to look to off load after he draws the defenders. Likewise Tommy Jobson selfless passing and a speed machine, scoring at will. Jack Nash was elusive in attack, especially from the kick off and Jack Trengove scored some excellent tries with an evasive step off his left foot. James Morrow another selfless player, he has developed a good knowledge of field position and he is quick off the mark. Spencer Douglass looked for space out wide and he can step off both feet.

Sunday was Grand Final day for the U9’s with a tough line up against Wellington and two teams from Dubbo. The older boys showed that they are ready for the step up to Us next year by leading the way for the others. They have all taken their game to the next level over the last few weeks. The defence was pretty solid with some great tackles from Reuben and Max. With James away, Fergus joined in with Alex and Fraser to break through opposition defence. Good cleaning out at the rucks gave extra ball for Will Harris and Will Swords to make some great runs out wide. Spencer was right in the action at the back of the rucks as he steps up to take over from the unstoppable Sam. Good support play from Clancy and Oscar after Campbell broke through the Dubbo defence put Oscar in for the last try of the season. Their continuous great backing up has given the U9’s the edge over most other teams in the competition with 3 wins from 3 games. A top result, well done on a great season!