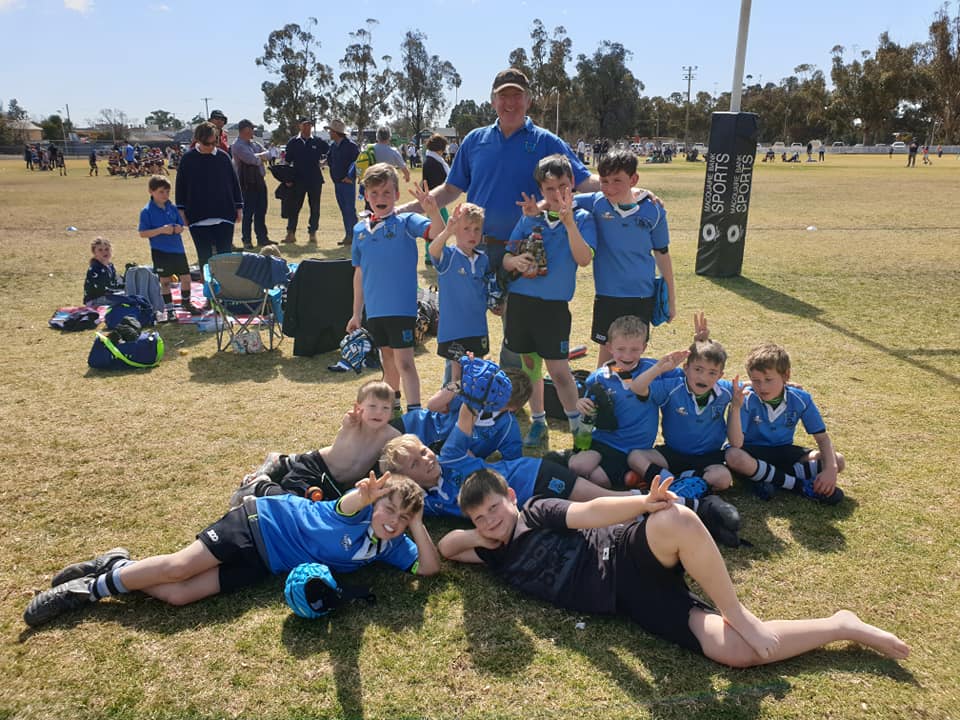 A sunny day in Forbes, lent itself to some wonderful skills from the Under 7’s side. They played Molong, Parkes and Forbes. Karen Smith showed confidence and skill in some bustling runs and tight defence. In the last game with the loss of Tommy Jobson, Jack Trengove stood up and scored some brilliant tries. Sam Markcrow looked determined and contributed some genuine pace. All boys played in the right spirit and are looking forward to their last games next week in Wellington.

The U9’s skill level was put to the test in their first game against Forbes, training efforts paid off as support play and clearing out at the rucks pushed Forbes back. With Al and James leading from the front and Spencer doing a great job playing half back for the first time, it didn’t take long before the speedy backs were over the try line. Good backing up in defence kept the U9s in front for a well-earned win. The second game against Parkes, was just as hard as the ground, but great teamwork paid off again for the U9s, keeping Parkes scoreless to come away with another win. The boys started to run out of puff as the day warmed up for their last game against Cowra,
but still managed a draw after a solid performance.