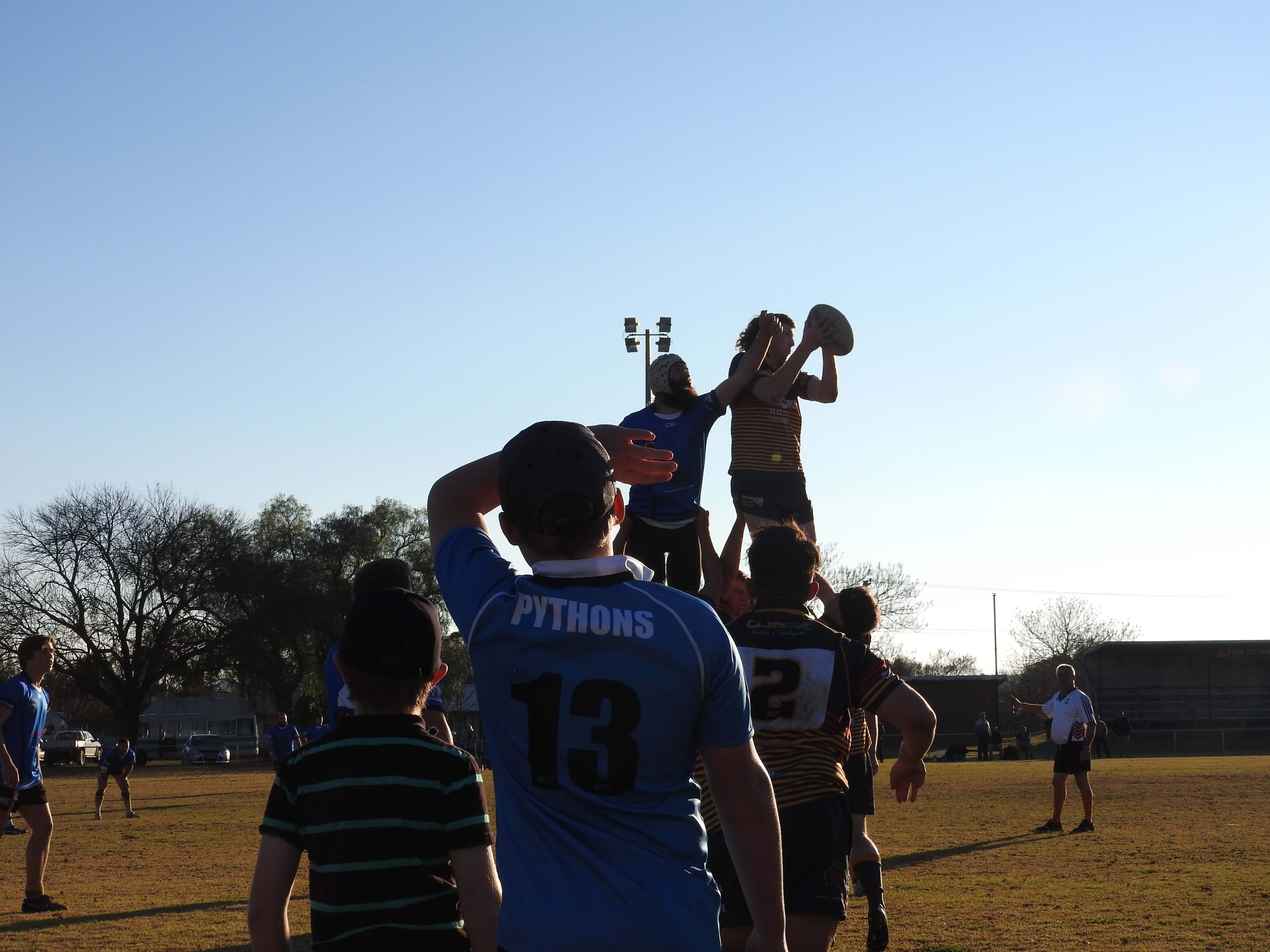 On Saturday the Pythons hosted the Cootamundra Tri-Colours. The club also had our annual ladies day. Thanks to Jess Swords and all her helpers for putting on a fantastic day that was enjoyed by all. Claire Bray from Canteen and Co also did an awesome job with the food for the day.

The game was played with both teams playing for a top 4 spot on the line. It showed on the paddock with big defence from both teams. The Pythons let a couple of early tries in, though hit back to take the lead into the half time break.

The second half was much the same with the Pythons not getting the ball out of their own half for long periods of time which put a lot of pressure on their defence. Though when the boys got the ball at the right end of the field they seemed to put points on with ease. Coota got the win in the end with the final score 43-32.

Thanks to all the players who played on the weekend with a lot of players out injured we still had a strong team on the field and bench.

Points for the day went to Hayden Cummins who played his second game for the club and had a lot of work to do at fullback. He got 3 points and also Players Player. 2 points went to Kenny Turnbull who is having an awesome season and 1 point to Lochie Davis who seems to be involved all over the park.

This weekend is the final game and the boys travel to Condo. The game will kick off an hour later at 4:15pm.