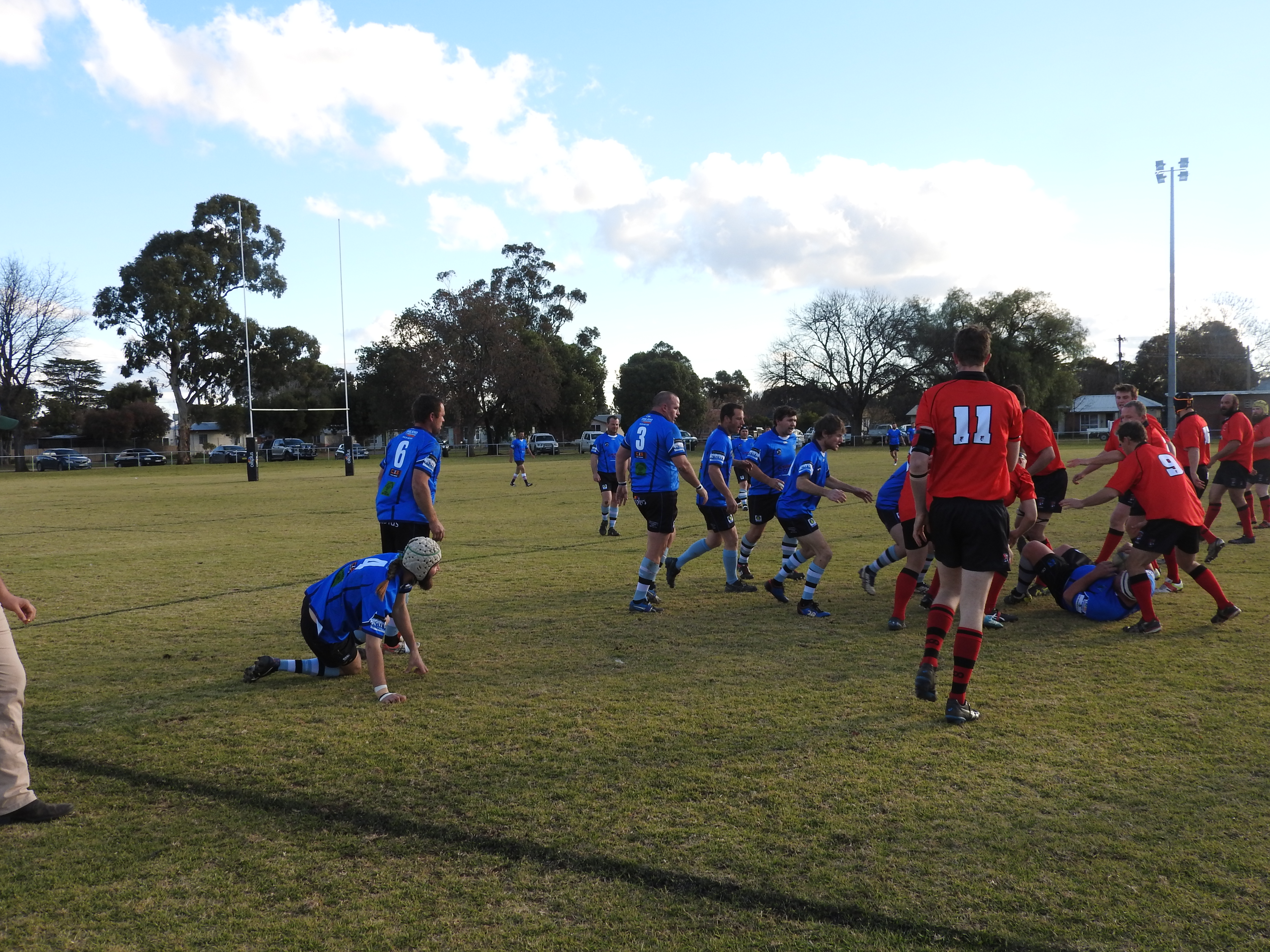 On Saturday the Pythons played host to the Harden Devils. The Canowindra boys  the game strong with Tom Roth opening the account with a dash down the sideline to score a 5 pointer and Rob Burns converted. Harden struck back with 2 unanswered tries to complete the half. Though the Pythons were brutal in defence and it was only a couple of wayward passes that let the Harden side to secure points.

As always this year the Pythons seemed to struggle in the beginning of the second half and Harden scored a couple more tries. Though the boys hit back with some great work from Kenny Turnbull and the Cummins duo of Grant and young Haydon  playing a great game together for the first time.

Rob Burns scored under the sticks and Bowdy crossed the line not long after to see a bit of a fight back from the Canowindra side but unfortunately was put to rest with Harden scoring again to put the away side too many points in front with time ticking down. Ed Price had the last say in the match with a try of his own on full time. The final score being 38-24. The Pythons once again came out of the game with a four try bonus point for the second week in a row
against two teams who haven’t had a lot of points scored against them.

Best and Fairest points went to Rob Burns with 3. Bowdy and Kenny got 2 each and big Tommy Roth got one and Players Player for another cracking game.
This weekend the Pythons travel to Grenfell to find a spot in the top four of the competition.