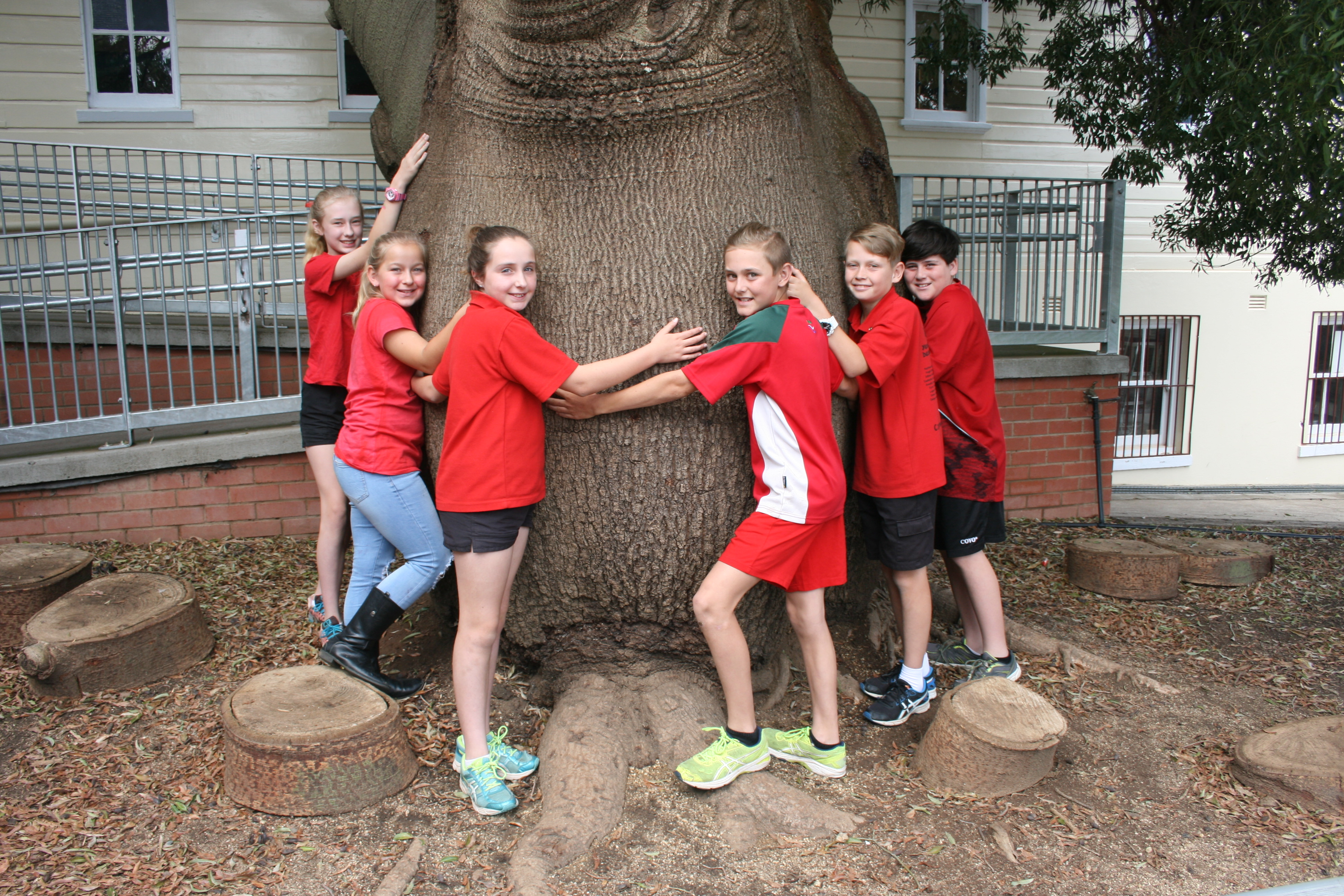 Canowindra Public School has something special to celebrate at its upcoming annual fete day. November will mark the 60th birthday
of the Queensland Bottle Tree, which is described by Principal Sharon Hawker as an “iconic and unofficial emblem of Canowindra Public School”. She spoke of how every visitor to the school comments on the remarkable tree in the main entry of the school.

Having recovered from the removal of a branch earlier this year the tree is thriving and enjoyed by students and teachers alike who sit under the shade and enjoy the enormity of the tree.

A rare sight for this part of Australia the Queensland Bottle Tree (Brachychiton Rupestre) was planted at Canowindra Pubic School in 1957 by the Principal at the time, Mr Arthur Beasley.

However the history of the tree has it originally being planted in 1939 by Mrs Margaret Roberts in Goolgowi, 320km west of Canowindra. She had planted the tree in her garden after Mr Beasley gave her the seeds he had secured from Roma, Queensland the native region of the tree. Mr Beasley was the Principal of Goolgowi School at the time however he had enlisted in the army and left the area. On a visit to Goolgowi in 1957, Mrs Roberts gave him back one of the trees, where it was described as ‘not thriving’. He took it back to Canowindra and planted it in its current location where it flourished.

A tradition developed with the ‘measuring of the circumference’ after its first measurement took place in 1970, coming in at only 54cm. In September 2005, the last time it was recorded the tree measured an astounding 5.85 meters.

The 60th birthday celebrations will commence at 11.45am on Friday 10th November at Canowindra Public School. Ms Hawker has openly invited the local community and welcomes people to join in the measuring of the tree, cake and birthday festivities.