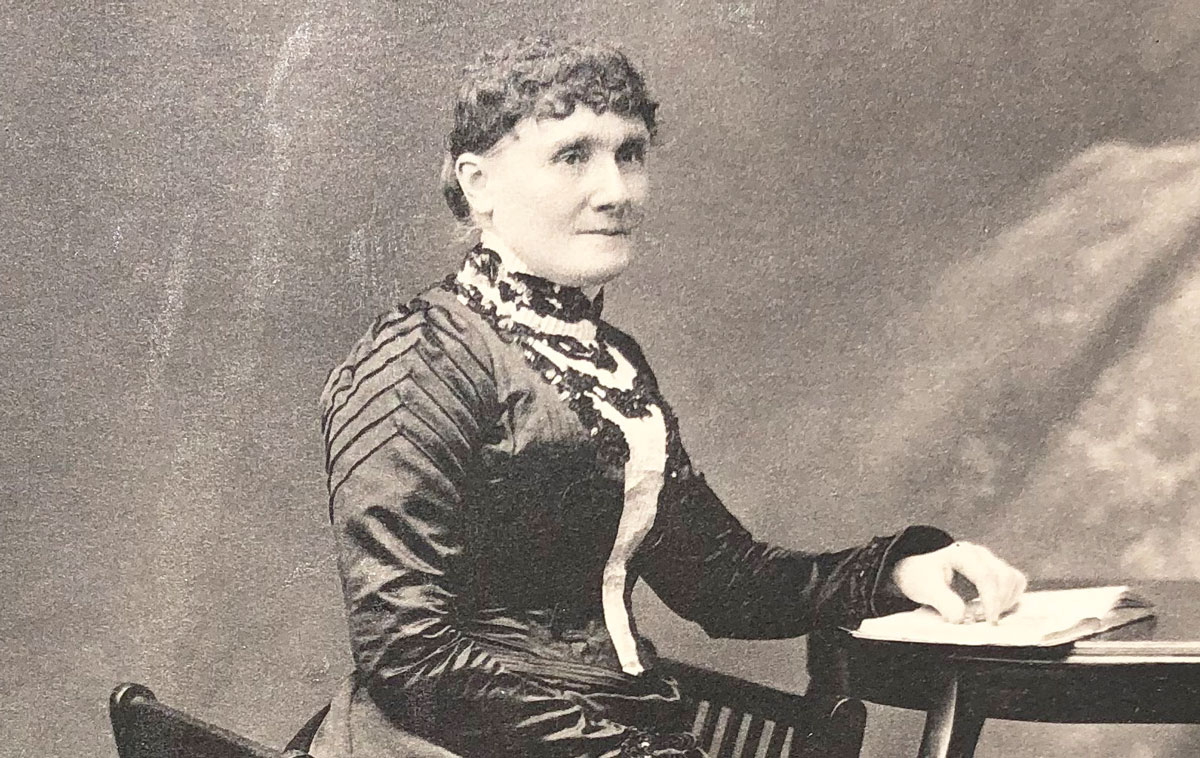 Bessie Robinson known as the “mother” of Canowindra has been awarded a Blue Plaque by the NSW Government.

The Blue Plaques program aims to capture public interest and fascination in people, events and places that are important to the stories of NSW.

The Blue Plaques tell stories that are in-teresting, fun and quirky along with more sombre stories that should not be forgotten as part of NSW history.

The Blue Plaque for Bessie will be placed on the Old Vic Inn, where Bessie’s hotel once stood. Elizabeth Jane Robinson or Bessie as she was known was born on 1st October 1844 and owned and developed much of the land on which the present town of Canowindra is built.

Bessie ran the Victoria Hotel from 1867 until its sale in the early 1900’s. Bessie was also reportedly the “Doctor and nurse for the district” in those pioneer times.

Bessie was the prime mover for the establishment of Canowindra’s first school. She engaged private tutors initially, built a school and invited all the children in the surrounding district to attend. Bessie then went on to organise the 1872 application for Canowindra’s first state school which was approved in 1875.

Bessie was married three times, evidently because despite owning the hotel and substantial property a woman could not hold a hotel licence. Her first marriage was to John James Flanagan, after his death, Bessie married Thomas Clyburn, and when Thomas Clyburn died, Bessie married Jim Marshall. Bessie died in Canowindra on 7th February 1922.