You are here: Home / Articles / Canowindra Light Horseman Part of the Gallipoli Legend 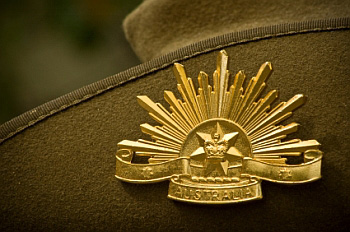 It was a long way from Canowindra to the rugged cliffs at Gallipoli, but that’s the challenge Charlie Grimshaw faced just eight months after joining the army. A labourer prior to enlistment, he embarked with his unit, part of the 2nd Light Horse Brigade on HMAT Ayrshire on 20 December 1914, spending what would be his last Christmas at sea. Just 18 days into his campaign at Gallipoli, Charles Grimhaw was killed in action on 2 June 1915. He was aged 36. Charlie was buried at Shrapnel Valley Cemetery after a service performed by rev. Keith Miller.

This information is contained in “The Spirit of ANZAC”, an informative eight page booklet which was launched by the new Minister for Hospitality, Gaming, Racing and Member for Dubbo, Troy Grant. It honors 100 years since the First World War.

“The Anzac Spirit – the pride, the courage and mateship – is carried into so many aspects of Australian life every day”, Mr Grant said.