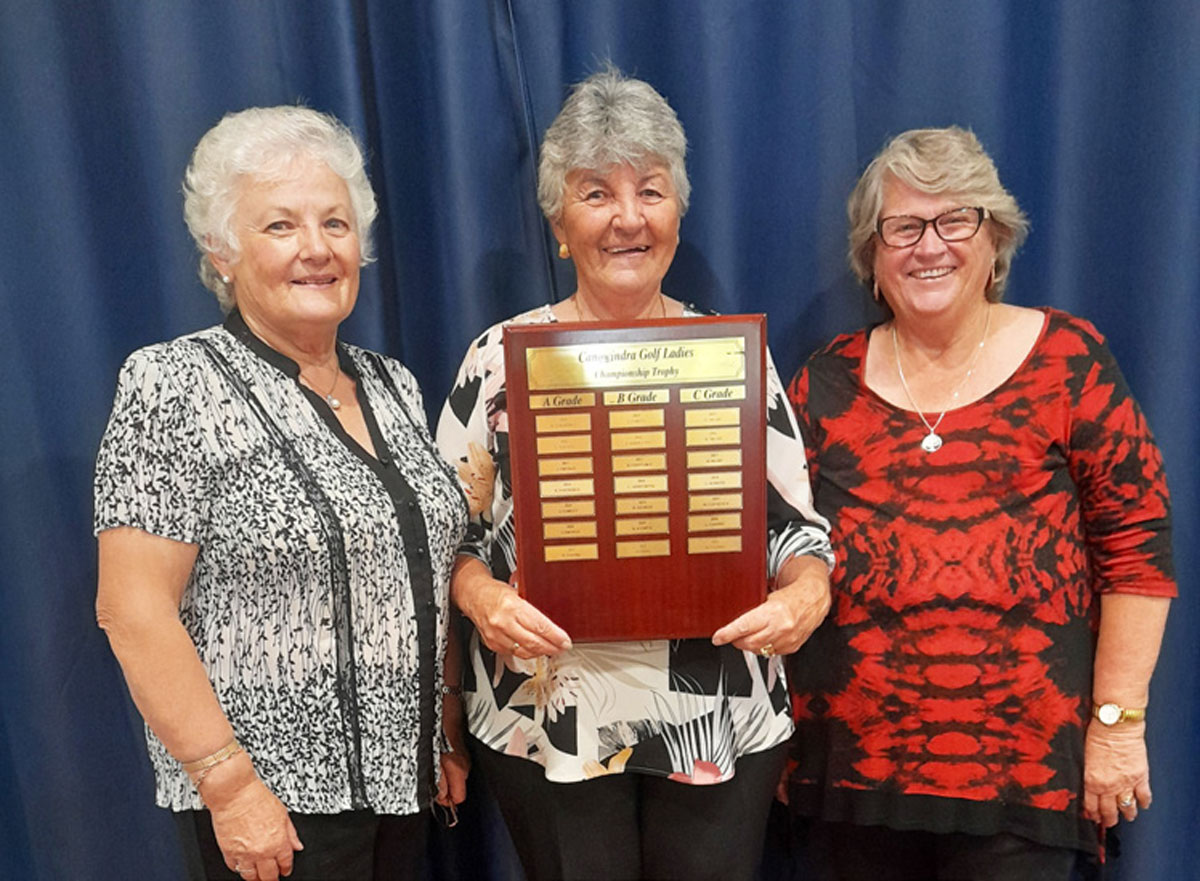 Canowindra Lady golfers celebrated the end of competition with a lunch and presentation on Wednesday. Pass the parcel with a left-right twist, led by Edna set the mood for a relaxed and grateful afternoon. 2021 program was not followed due to restrictions but we are grateful to get on the course and meet golf buddies when we could. Thank you to all who have contributed throughout the year; to the volunteers for maintaining the course each week, the bar staff, the board and for our sponsors for your support. 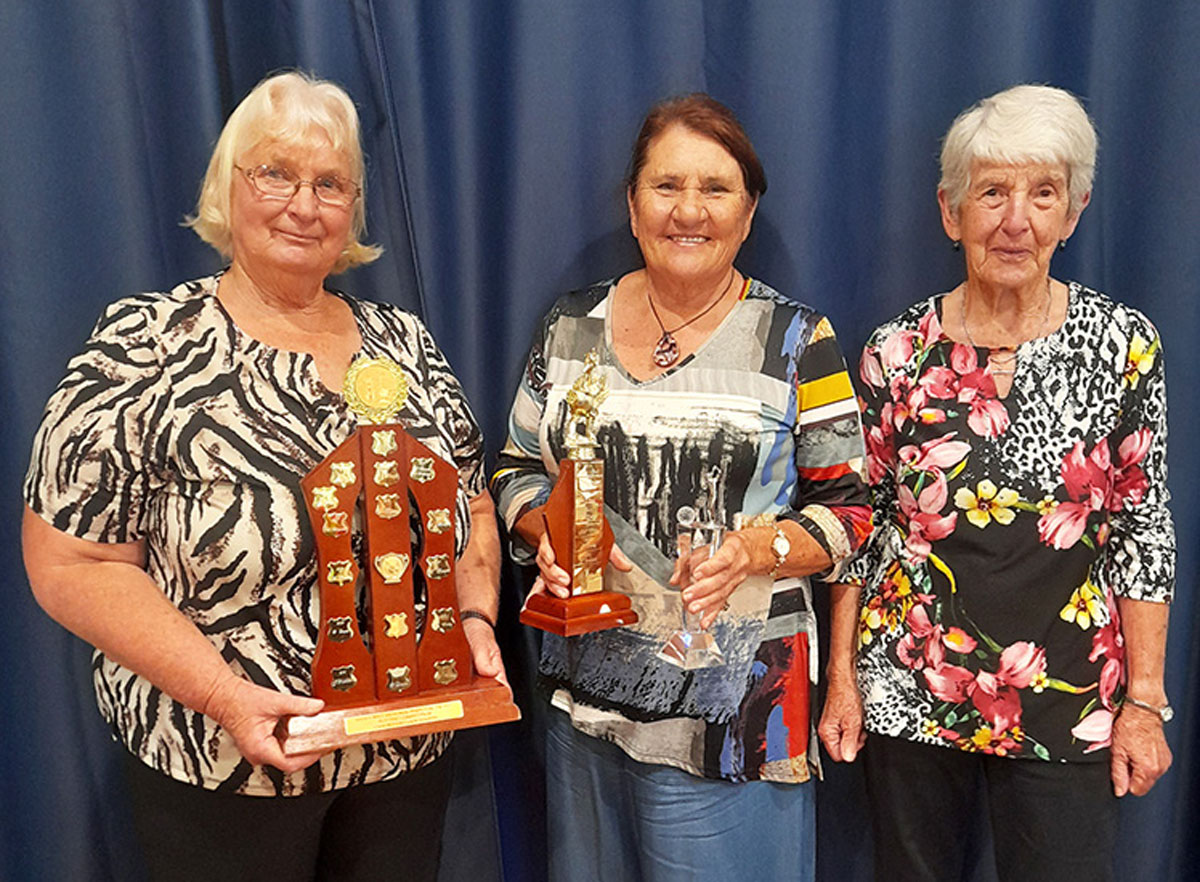 The Forsythe Cup Winners were Ros Partridge and Edna Hughes. The Lawford Cup Match play winner was the ecstatic Helen Constable with Roslyn Partridge the runner up.

The Medal of medals was contested by six players with Collette Armstrong being by far the strongest on the day. The Mabel McKenzie Brooch winner, Div. 1 Annette Thomas, Div.2 Helen Kemper, Div. 3 Helen Constable and the Senior Vet Edna Hughes. The winner 1st Eclectic round and the Stable Event was Eileen Wilson, 2nd Eclectic round Ros Partridge and the player with the most changed holes over the Eclectics was Edna Hughes. The 4BBB Vs Stableford Event was won by Collette Armstrong and Lorrae Barker.

There is a social comp of 12 holes over summer each Wednesday commencing 7.45am for 8am.