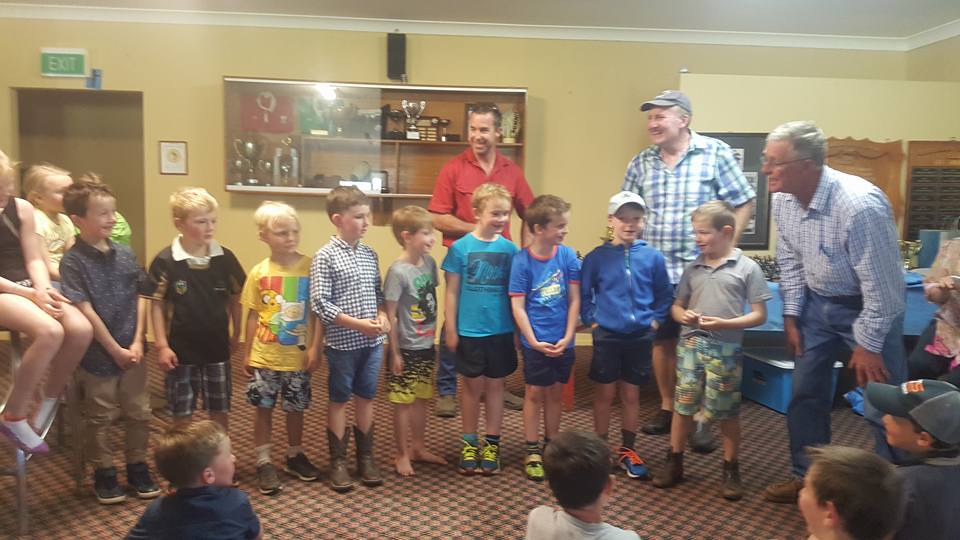 On Saturday the 8th of October the Junior Pythons gathered together to celebrate a successful year of Rugby. This year has been a great success for the Junior Club and they have had a huge increase in the number of players representing the club. The club has also been promoting social gatherings and have joined together with the Pythonetties to run Friday night dinners after training. This has been a great idea that not only promotes a sense of community but also raises money for the club.

Thank you to all the players on an exciting and successful year and to all those players who received an extra mention for all their hard work. The following players received special awards:
• Under 7’s Best and Fairest – Campbell Arnott and Noah Hamer
• Under 7’s Most Improved – Hugh Nash and Connor Watson
• Under 9’s Best and Fairest- Oscar Cleary
• Under 9’s Most Improved – William Pearce
• Under 11’s Best and Fairest – Mick Coady and Dylan Slattery
• Under 11’s Most Improved – Magnus Cleary and Alex Mitchell
Congratulations to all the players and to the coaches who have worked hard all year, so a big thank you to Pete Stacey, Jason O’Dea, Rolls Townsend, Matt Rice, Luke Breen, Dom Townsend, Paul Watson and Anthony Hamer. For those interested, this Saturday the
Junior Pythons will be holding their AGM at 10am at the Clubhouse.