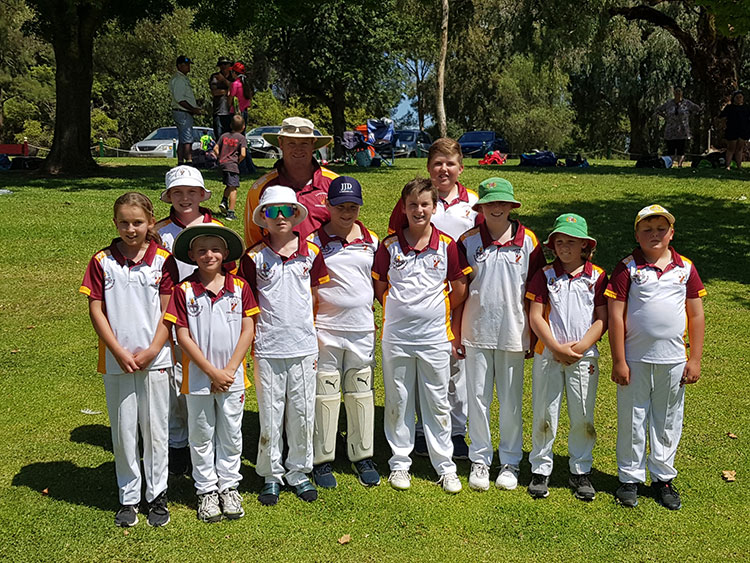 Last photo of stage three cricket for the 2020/21 season. The team had a great season, despite being pipped at the post at the semi-final against Cowra last weekend.

Stage three travelled to Twigg Oval this week to take on the Cowra Strikers. They won the toss and elected to bowl.

Canowindra’s bowling and fielding for the first 15 overs was lacking, however after some magic water at the drinks break, the team had a complete turnaround and bowled Strikers all out for 146 runs. Top bowlers this week were: Ethan with three wickets, Toby with two wickets and Colby, Bailey and Kynan all with one wicket each.

Canowindra’s batting this week was the best performance the boys had put in all year. Although they came up short of a win, the coaching team were ecstatic with the overall performance from the boys, particularly batting out their 30 overs.

All the boys played so well this week that the coaches were unable to pick just one man of the match, so declared that the whole team received players of the week awards.

The boys have laid a great foundation this year to build on next season. Cowra Strikers and Cowra Renegades compete in the final this Saturday at Twigg Oval. We wish both teams the best of luck.