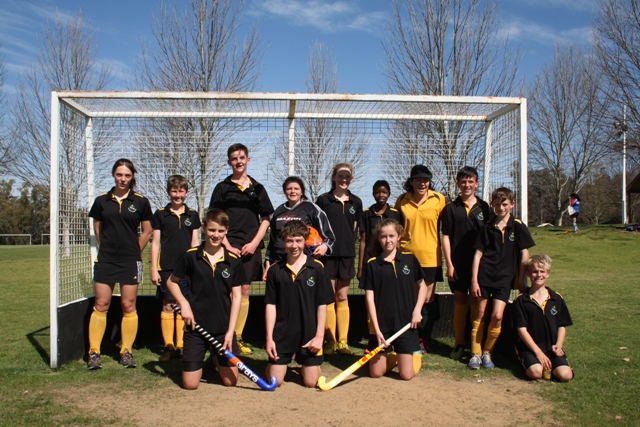 The Canowindra team took out the intermediate hockey Grand Final in Cowra on Saturday. The weather was warm and the team played exceptionally well to take out the win in a very close Grand Final competition.

The Canowindra side led 1-0 at half time against Cowra Glass, but in the second half the Cowra team scored to level the board with both teams fighting hard. Canowindra went into extra time with two players less than their opponents with no score. A second lot of extra time with four less players finished up again with no further score.

After a hard fought game in the heat, Canowindra went on to take out the title as they had finished higher on the ladder in the annual point score.

It has been many years since Canowindra has fielded an intermediate team in the Cowra Hockey Competition so it was fantastic to see them come away with such a great result.

Some of the players were playing their first season of hockey this year. The team extended a thank you to all the supporters from Canowindra who went to cheer them on.