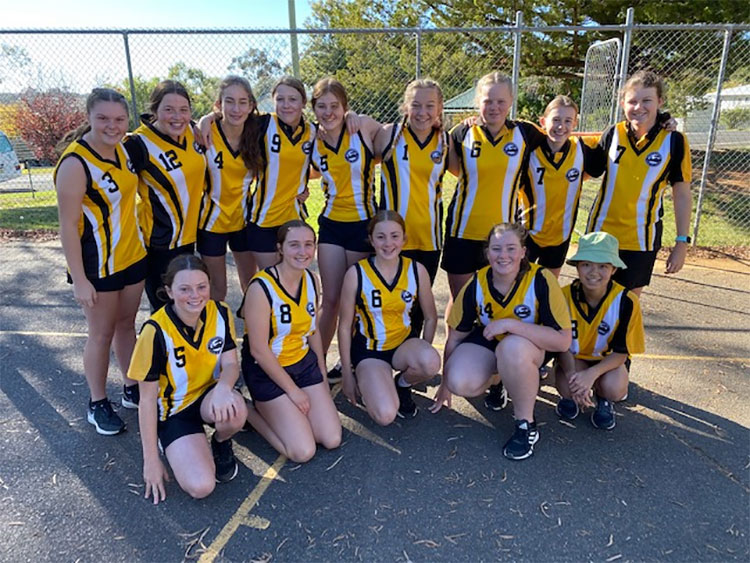 Canowindra High School had their annual athletics carnival in the final week of term one. It was a fantastic day. A huge congratulations to Bailey Kennedy in year 9 and Cooper Williams in year 7, who were record breakers on the day. Bailey broke the under 15s high jump record, which had been held since 1987 by Scott Traves, jumping a massive 1.75 metres. Cooper broke the under 12s discus record, which was held by Jesse Jenkins since 2004. Cooper threw a discus at a massive 26 metres. Bailey has also made the under 15s rugby league Greater Western Region side. Congratulations Bailey!

Eight students from Canowindra High School will be attending state swimming at Sydney Olympic Park this week. We wish them all the very best and cannot wait to hear about it.

Congratulations to Emily Thomas and Lila McCaffery who attended National Athletics Championships during the school holidays.

A warm welcome to our new HSIE teacher, Amanda Graham. Amanda is from Newcastle and holds a Bachelor of Teaching Humanities. We look forward to having Amanda at Canowindra High School.

We have an exciting new program beginning this term for our students, known as the DRUMBEAT program. DRUMBEAT stands for “discovering relationships using music, beliefs, emotions, attitudes and thoughts.” The staff were able to have a taster of this during our staff development day. We are excited to see this up and running in term two.