Home » Canowindra Gives The Thumbs Up To New Dam Proposal 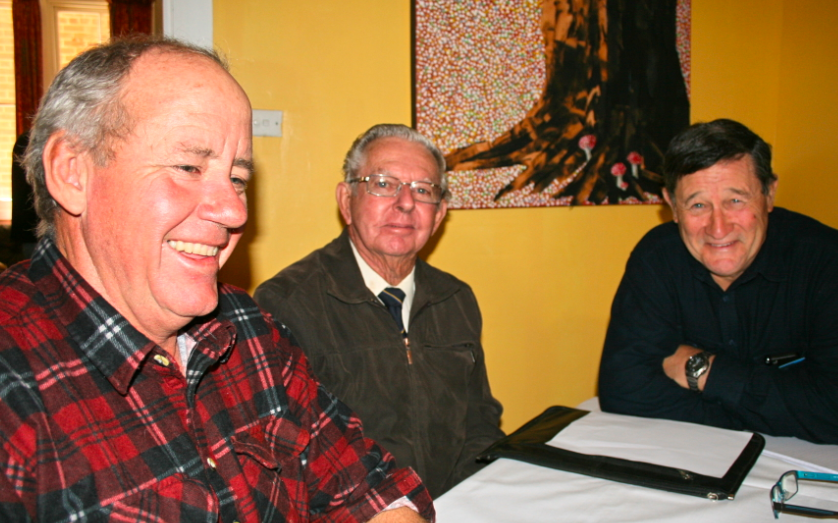 John Cobb chatting with the locals

The MP for Calare sat down to air news, views and concerns with about 10 Canowindra people, including Michael Payten and David Cullane of the Belubula Landholders, which is on the committee of Lachlan Valley Water.

“We made it clear we’re certainly in favour of the Needles Dam project,” Michael said. “But we’d also like a feasibility study of the Cranky Rock area, which has more catchment.

“However we’re not taking a strong position. These were not formal or official talks, just a chat.”

As Michael Payten points out: “The Carcoar Dam is catching only about 10 percent of the water that’s available in the region.”

On the other hand, the Needles site has a 532-square-kilometre catchment available, a lot more creeks flowing into it, and a projected capacity of 90,000 mega litres.

“It was great to catch up with people in Canowindra,” John said, “and I thank them for making the effort.”