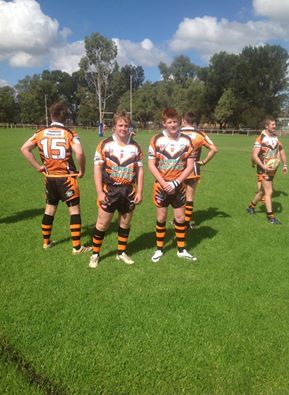 Canowindra Boys getting ready for the game against Trundle

Canowindra put Trundle to the test and was an extremely tight game allowing Canowindra’s defence skills to shine.

Trundle scored the first try in the first half of the game, making the half time score 6-0. In the second half of the game with half an hour remaining of the game, Canowindra had a great run in Trundle’s territory where Brydon Hughes was able to race his way through a gap and to score a try for Canowindra which was successfully converted by Jayden Brown, matching the scoreboard to 6 all.

The intensity of this game was very high as Canowindra and Trundle were both going head to head.

In the last 15 minutes of the game Trundle successfully converted a penalty kick, giving them the lead of 8-6. The Canowindra boys never gave in and kept Trundle out of the try line for the remaining time of the game.

Players Player was awarded to Blake Wilson for his consistency throughout the whole game.