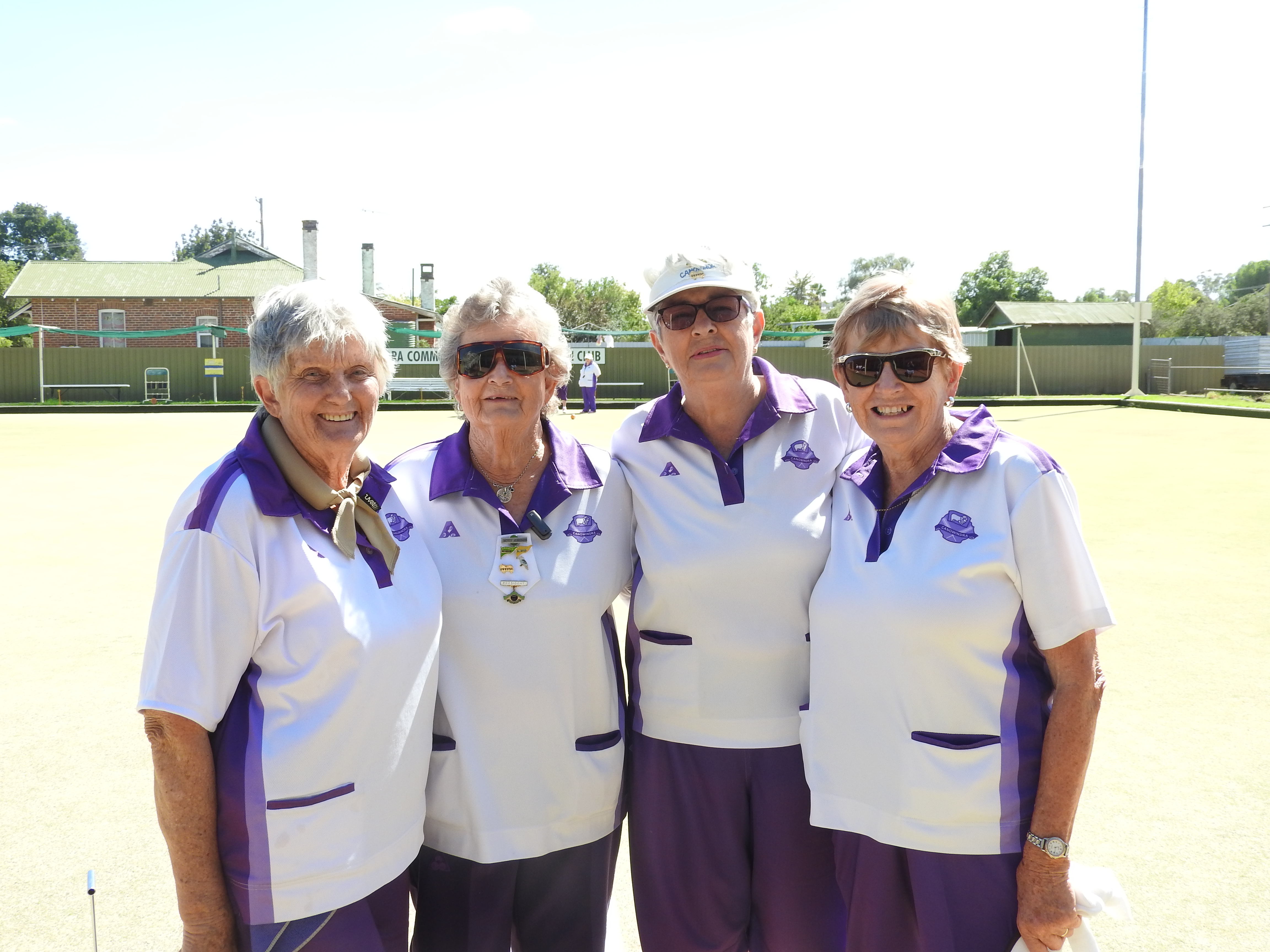 Jill Messenger, Liz Thornberry and Nancy Morrow will represent our Club at Orange Newstead President’s Day being hosted by Country Club on Thursday, 14th March. Our very best wishes to our No. 2 and No. 4 Pennant teams commencing the District Pennants on Tuesday, 19th March at home.

The starting time for our bowls will change to 9 am for 9.30 am on Tuesday, 9th April. We wish our bowlers still competing at Cowra good bowling and some good luck. Report on this next week.

Last Friday night twenty bowlers competed in twilight barefoot bowls with the winners being Di Slattery and Michael Traves and the runners up being Lorne Burgess and Di Clark.

Last Saturday a Major Singles match was played with Nick Delaney against Phil Lees. After 28 ends the scores were close with Phil leading 24-21. Phil was able to score six shots on the last two ends to win the game 32-23.

Last Sunday the second round of Pennants was played. The No 4’s went down to Grenfell 10 points to nil while the No 7’s won against Gooloogong 9 points to 1.

Friday March 15 – Twilight barefoot mixed mufti bowls with names in by 6pm for 6.30pm start. One game of 15 ends.
Saturday March 16 – Major Pairs- P Lees and R Traves v A Wyburn and P Taylor. Major Singles- T Tuimauga v B Webb and Marker L Nunn. D Beath v C Webb and Marker S Kirkman.
Sunday March 17 – Third round of Pennants to be played. The No 4’s play Dubbo Railway at Macquarie Bowling Club with play commencing at 10am. The bus will leave the club at 7am to travel to Dubbo. Teams are R Traves, P Lees, Z Lees and L Nunn. D Beath, V Mirto, T Mooney and D Watt. A Robson, T Tuimauga, S Kirkman and M Traves. The No 7’s have a bye.