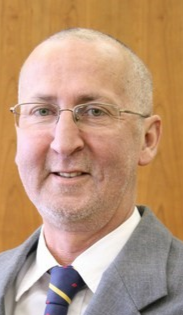 After a 43-year career in Local Government, Cabonne Council’s General Manager Stephen Harding will retire in December to spend more time with his family. Mr Harding said the decision to retire early was one of the most difficult of his long career, but his family came first.

“It has been a pleasure serving the people of Cabonne and working with Councillors and staff over many years,” he said. “I will miss the support and friendship of the Cabonne family.”

Mr Harding started his career in 1975 at Northern Rivers County Council before moving to Grafton City Council and then Wentworth Shire Council, where he took up the role of General Manager. He moved to Molong in 1995 as the Director of Finance and Corporate Services at Cabonne Council.

After serving as the Acting General Manager for a year during the uncertainty of council amalgamations, Mr Harding was appointed General Manager of Cabonne Council in 2017. His last day in the role will be Friday, December 7. “I’m sure it will be an emotional occasion, but along with my wife, children and grandchildren I’m looking forward to the next chapter in our lives,” Mr Harding said.