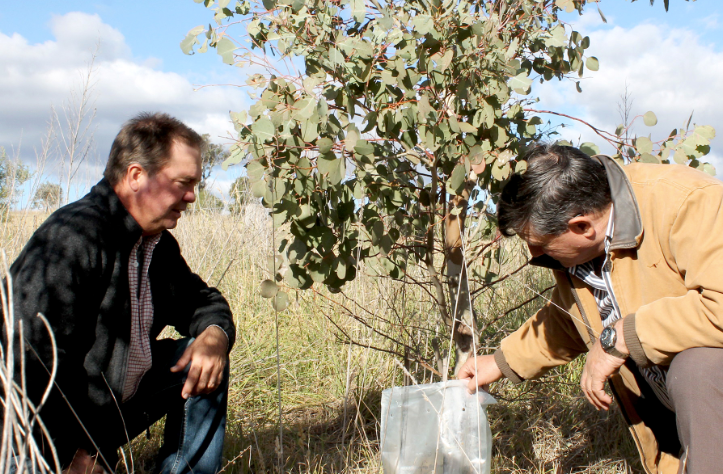 Cabonne Council is currently engaged in talks with the government on whether the federal “Green Army” scheme for unemployed youth will be adopted by the shire.

This, despite Calare MP John Cobb’s statement in April that “already we have six local [Green Army] projects in the pipeline within the Bathurst, Orange, Blayney and Cabonne council areas.”

Cabonne’s discussions are being held well after the government’s deadline passed on May 9 for project proposals to be submitted for 2014.

The council’s information officer Dale Jones says the crucial question is the scheme’s viability in Cabonne.

“We need to know how the Green Army program would work in this area,” he says.

Councils and community groups are invited to host Green Army teams made up of unemployed young people to work on projects restoring and protecting the environment – eventually building to a 15,000 strong force by 2018.

John Cobb says the program “provides opportunities for young people in Calare to gain training and experience … and explore careers in conservation management.”

But there’s been union and legal criticism of the pay for team workers – claimed to be less than the minimum wage – and whether awards and crucial health and safety conditions will be left to private operators responsible for recruiting and running the teams.

Criticism has also come from the national community-based volunteer organisation Landcare, which questions whether the Green Army program isn’t simply a work-for-dole scheme.

Landcare says the Abbott government’s federal budget is set to cut Landcare’s funding by $483 million while the Green Army will cost $500 million to set up.

Keith Hyde, who’s on Landcare’s NSW Council, says the scheme doesn’t make sense “because it’s cutting funding to a volunteer organisation and giving it to a paid [unemployed] labour force which may not be as effective at regenerating landscapes.”