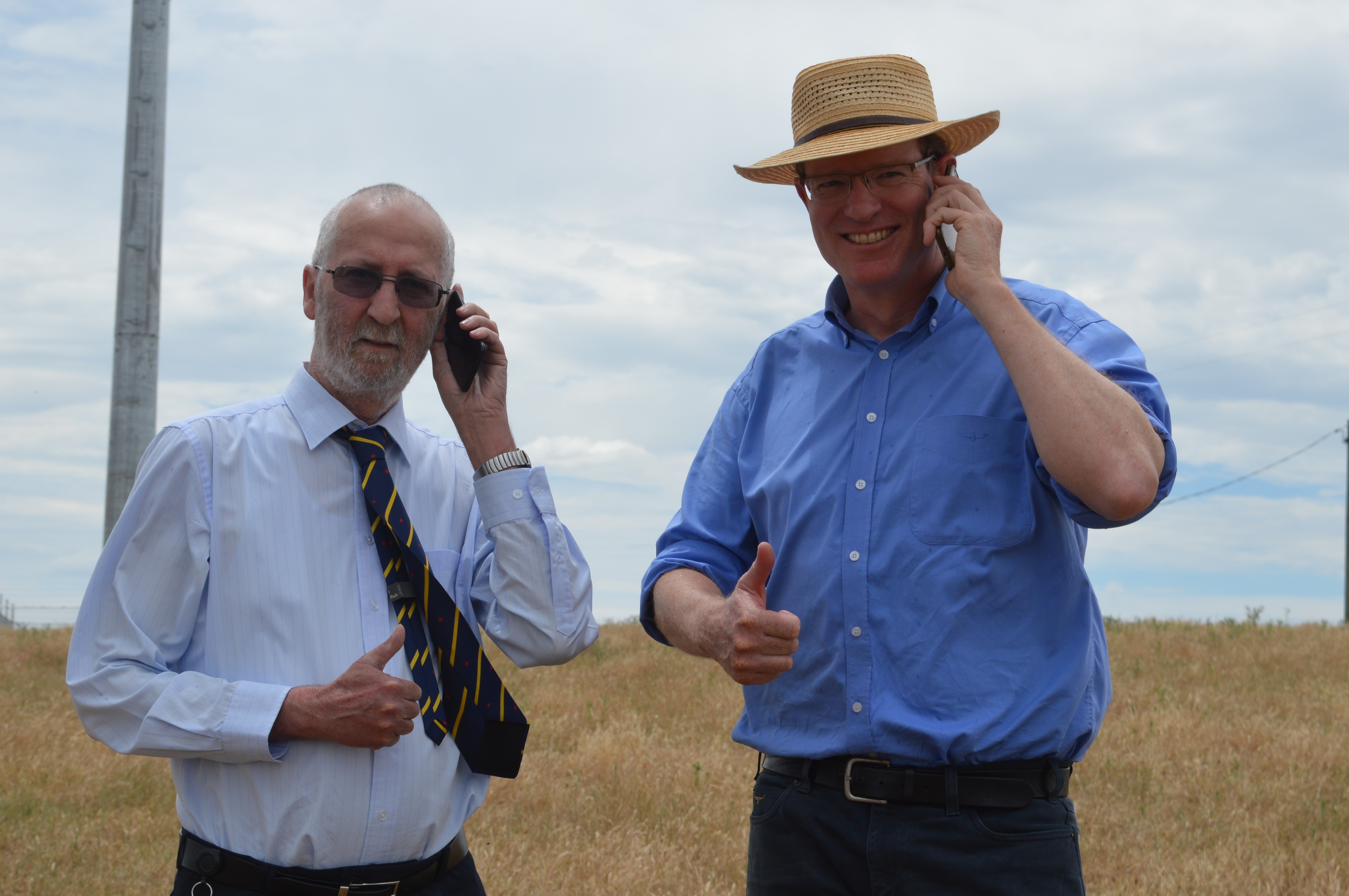 Black spots in Calare have been a source of irritation for quite some time, so it’s great to see them being cleared up under the Coalition Government’s Mobile Black Spot Program. They are an impediment to country business expansion and can be downright dangerous in an emergency, when help is needed fast. It’s vitally important that we keep chipping away at these black spots. This tower will greatly assist those people who are on Vodafone and other network carriers.

In total, Rounds One and Two of the Coalition’s program will deliver new coverage to 32,000 homes and businesses across 86,000 square kilometres including 7600 of major transport routes via 765 new mobile phone towers.” In addition to the new tower at Cargo,
towers in Manildra, Cumnock, Molong and Cudal will be switched on before the end of the year.