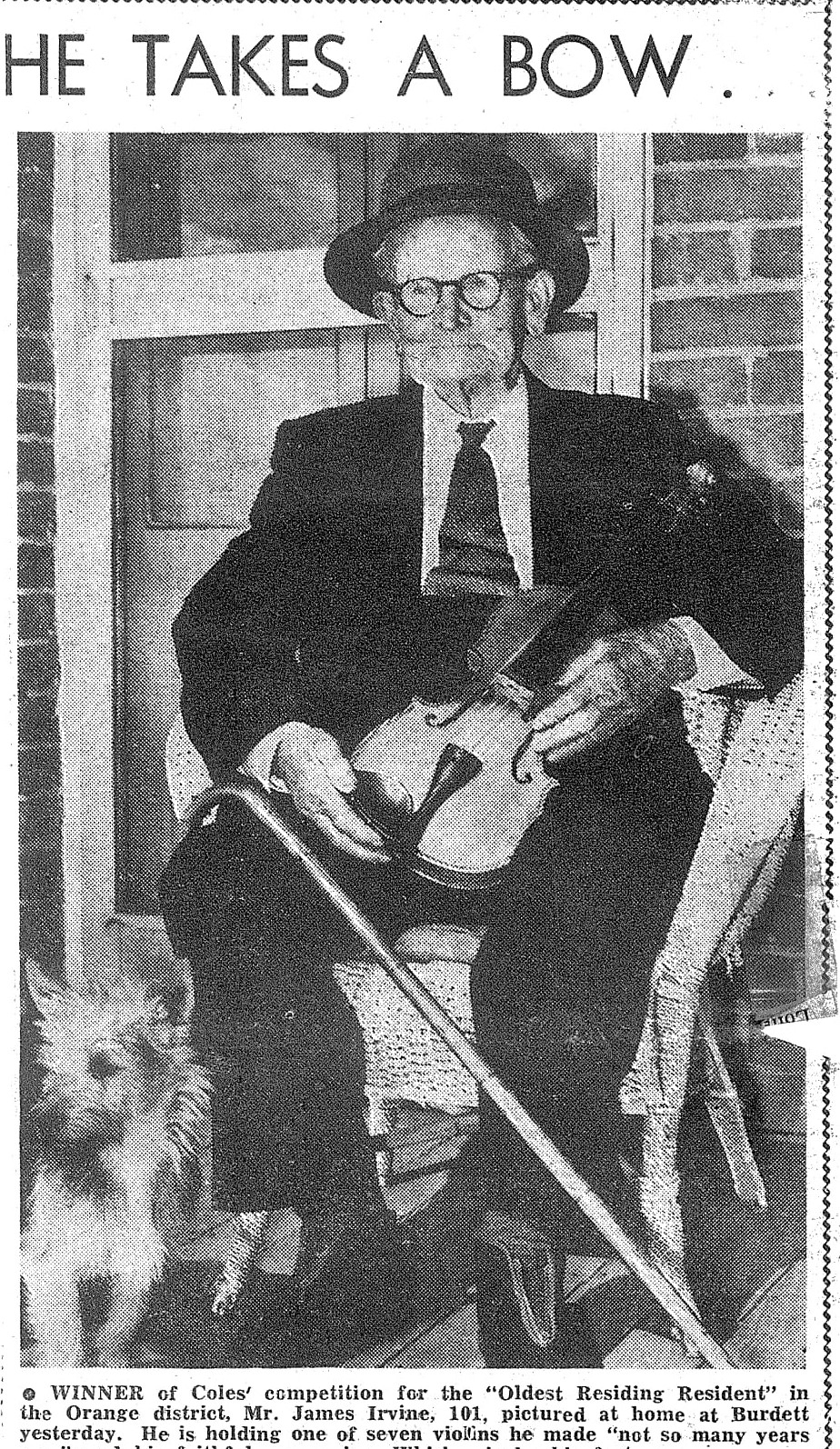 Canowindra Historical Society members are busy rearranging displays and giving special prominence to some of its most interesting
items in readiness for the reception in the Historical Museum at 4pm prior to its Golden Anniversary Dinner at the Services Club on
Saturday 2 September.

Some of these are:
• Jack Hore Memorial Cup and the framed blazer of Tom Clyburn, a great Cup player for Canowindra.
• Large map of Canowindra Railway Precinct by John Bradfield who later designed the Sydney Harbour Bridge.
• Dress made by Merle Hadley of blackout curtains when dress materials were rationed during World War II.
• Moorbel Post Office sign with original correspondence from applicants after the PMG would not accept the name, Belmore because the Belmore Sydney suburb already had a post office and asked applicants to suggest alternatives.
• Violin made by James Irvine of Toogong/Burdett.
• Evening dress made and worn by Diane Smith for the Graduation Ball at the end of her HSC Year at Cowra High School in 1970.

Diane was one of nine students in the Year 9
History Class whose temporary folk museum in Education Week 1967 led to the formation of the Historical Society. Sadly Diane died
in a road accident in August 1972. However, five members of that class have accepted invitations to attend the 50th anniversary.

For many years a violin has been in the museum where few people would see it and with little to tell its provenance. Mary Douglas consulted the accession register and found an interesting story on this.

The celebrations are open to all interested and final numbers are needed by today, Thursday 24 August with bookings at Canowindra Newsagency or by email to Ross Cleary indigopark@live.com.au.