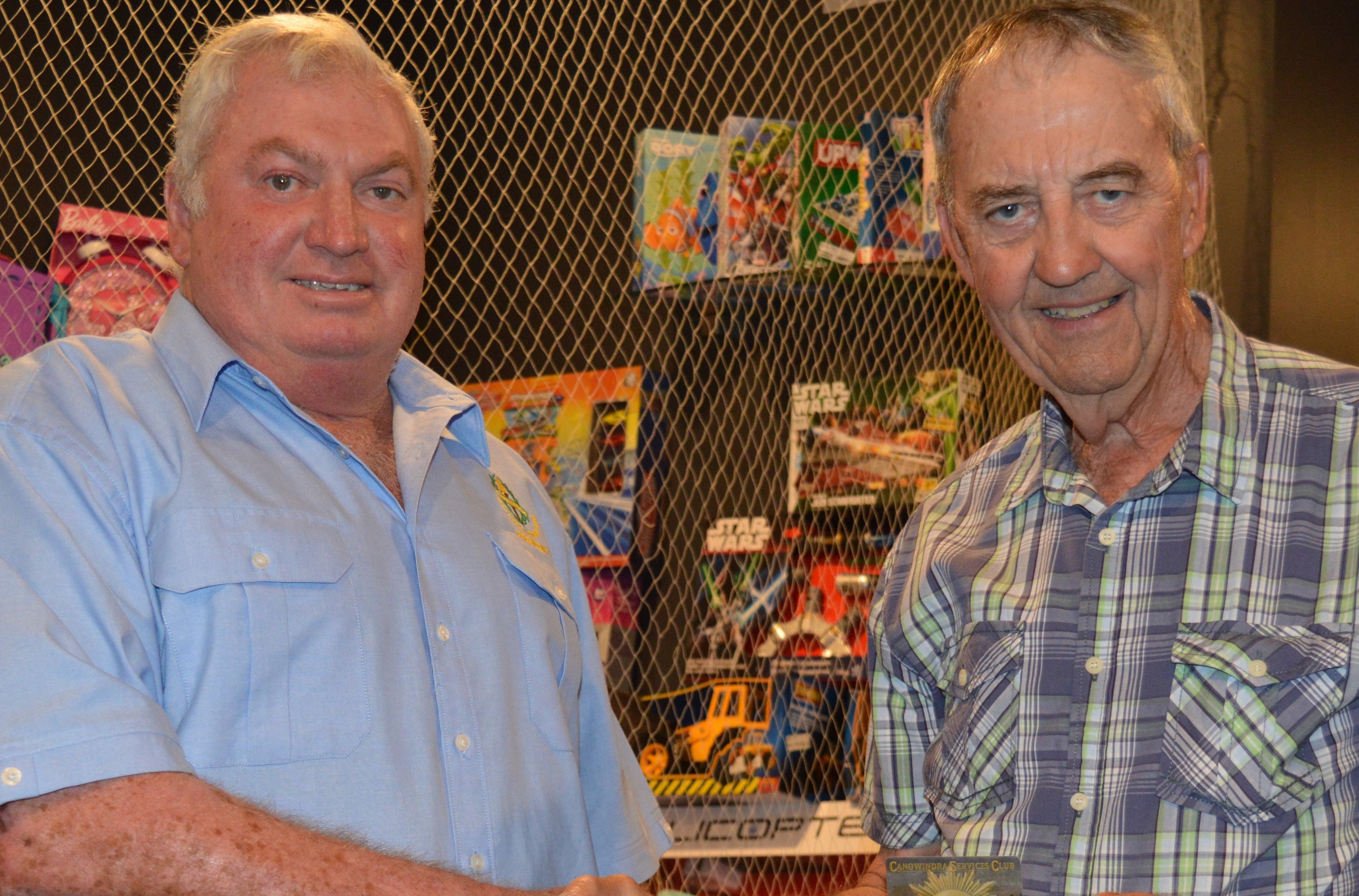 “Bunda” Ian Breen has just celebrated 50 years as a continuous member of the Canowindra Services Club. Bunda joined the Club on 8th November 1966, when he turned 21. Of course before that he had been kicked out on a few occasions by the barman as he was underage, however he kept returning. Jack Simpson, the barman at the time poured him his first legal beer.

Over the course of these past 50 years, Bunda served on the Board for 11 years, was Senior Vice President for a while and also served behind the bar over a five year period, working every Friday, Saturday and Sunday night. Bunda said, “What has made this so special is all the characters of the 70’s, 80’s and 90’s that I have had the opportunity to meet and form friendships with. When times were tough, bringing up 4 children, and interest rates at 22%, sometimes just going into the Club to have a chat with my mates made all the difference to my day and state of mind. The friends and characters would lift up my spirits and be there for you in the good and bad times.”

Bunda is the 5th generation of Breens to operate the farm he is currently on, and he now sleeps in the same room that his parents
did. The farm has been in the family for 116 years. Bunda said, “In my life I have only had two holidays, however I would add, that I wouldn’t change a thing. I could be travelling overseas, or on a great tour, however would not swap anything, for all the fun that I have had at the Club and in Canowindra over the years.”

We are giving a shout out to the community, is there anybody out there who can beat Bunda’s record!