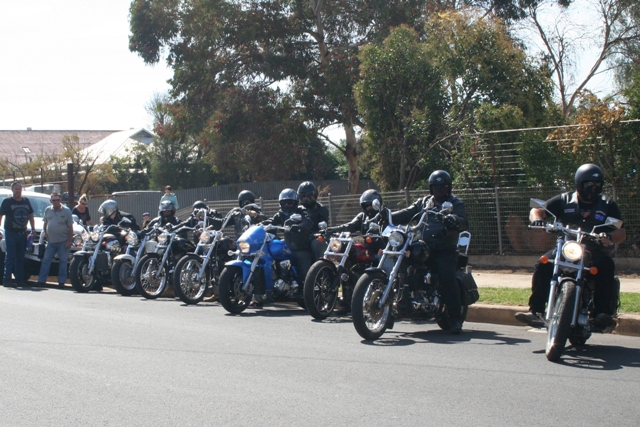 It was a morning filled with leathers and the smell of burnt rubber on Saturday as 15 bikers from around our region arrived at the Canowindra Hotel in preparation for a charity bike ride. The event, organised by Malcolm ‘Doova’ Millar, was in aid of Ronald McDonald House. “We managed to raise just over $1,000 which is great” said Doova; “We’re now planning on doing it again on the first Saturday in April next year.”

Bikers travelled to Cargo, Eugowra, Gooloogong and Canowindra. “We were meant to stop at Woodstock but it was getting dark and a few people had to leave” Doova said. “I’d like to thank everyone that helped, particularly the sponsors.”