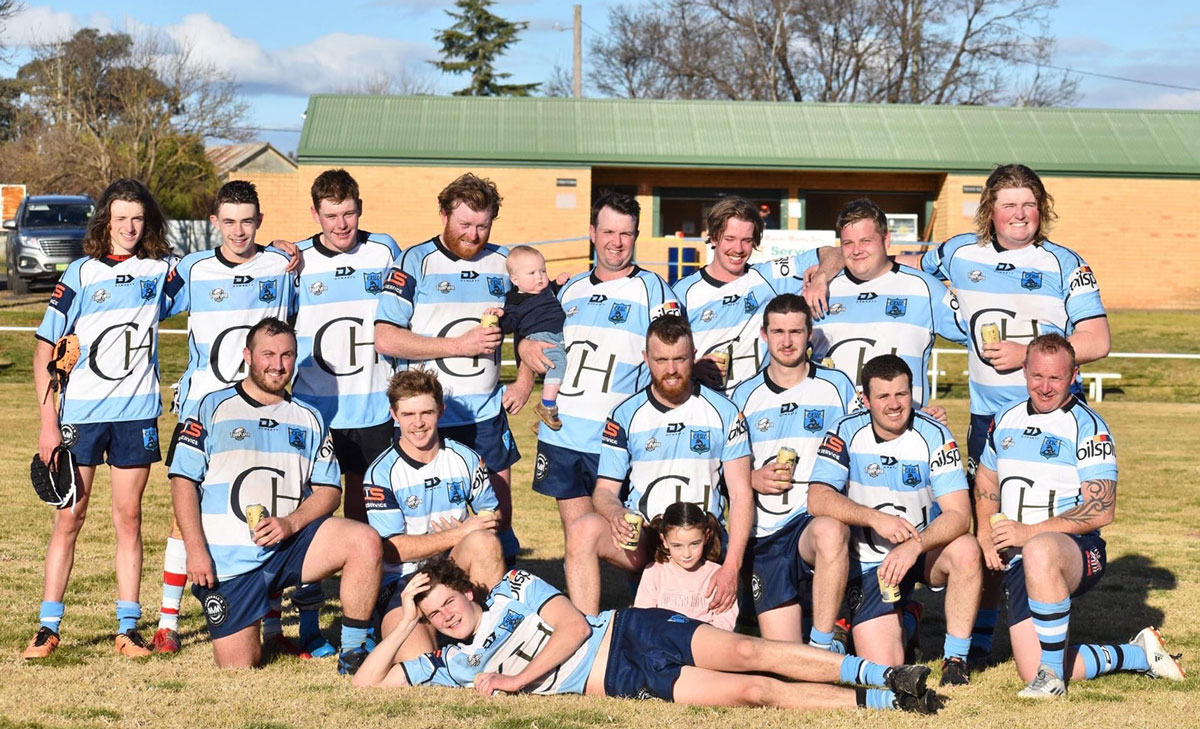 The winning Canowindra Pythons side in Yeoval last Saturday.

The Pythons came away with a huge win last Saturday against the Yeoval Eagles taking them down 47-7.

The Pythons started out strong with a try from Carter Dale then followed by Conor Lamond. It wasn’t long after that right winger Mick Howarth came through with another try bringing the Pythons into half time with a score of 19-0.

Not long into the second half Tim Somers backed up two tries within a space on two minutes, Angus Fisher wasn’t far behind him with another try. Yeoval came back with a try and a conversion bringing the score to 40-7. Open side flanker Cormac McHenry finished off the game with a try and then to top it all off scrum half Sam Austin converted every kick he was given. To finish off the scoring outside centre Fred Fletcher drop kicked a conversion bringing the final score to 47-7.

The Pythons are taking on the Blayney Rams this Saturday, head over to Blayney and watch a good game of rugby, kick off at 2pm.