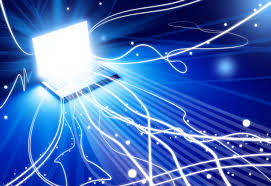 Federal Member for Hume Angus Taylor has announced a big broadband win for Cowra residents with optic fibre to be rolled out across the town in the next 18 months.The announcement is part of the Government’s 18 month NBN (National Broadband Network) rollout plan, unveiled today.
“I have been campaigning hard for Hume to be at the top of the list and we have done very, very well,” Mr Taylor said. “An expected 3000 premises will be connected to the fixed line network across Cowra.”
Mr Taylor said today’s announcement followed the recent building and/or switching on of fixed wireless towers across the broader Cowra district – including locations at Gooloogong, Reids Flat, Darbys Falls, Wyangala and Koorawatha – allowing residents in nearby villages to access fast broadband speeds as well.
“Fast broadband means residents have strong internet speeds and capacity, they can video stream online, join online learning programs and undertake multiple streaming tasks at the same time. “Fixed line has a massive amount of capacity and is part of the Government’s re-prioritisation of the NBN to areas that need it most. “After the fibre is rolled out, it may take further months for connections to be available – but this is a much faster and more affordable broadband than was ever promised under Labour. “Hume has done particularly well, in terms of prioritisation. I am delighted that the strong messages we have taken to the Minister have been heard loudly and clearly. “In the next 18 months, fast broadband will be rolled out to an estimated additional 27,470 premises (homes and businesses) across Hume. The average rollout per electorate is 4,000 premises. Hume has done very well,” Mr Taylor said.