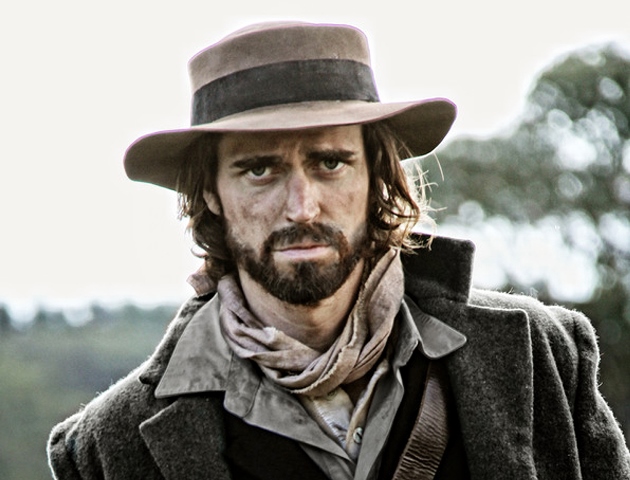 Production of the much-anticipated movie, “The Legend of Ben Hall,” has reached the point where a pilot of the first draft is being released in a matter of days from now to attract funding for a major upgrade of the project.The film’s Melbourne-based writer/director/producer, Matthew Holmes, says new funding would allow expansion of the film’s story and script and a second shoot, or filming project, “at the end of this year or early next year. We’re absolutely still in production,” Matthew has told the Phoenix. “We’ve completed one block of the film and we have another block to go. Depending on the new financing, we’ll make the movie far better, even more dramatic, and also recruit a couple of A-list actors.”
Matthew Holmes plans to have the movie completed for the 150th anniversary of Ben Hall’s death in May next year. But unfortunately, Ben Hall’s famous raid here in Canowindra won’t be featured in the film.
“Our story is of the last six months of Ben Hall’s life, culminating in his controversial and very violent death outside Forbes,” Matthew says. The first filming has featured relatively unknown actors and “cameo people” in Australia’s TV and movie industry, but already there’ve been plaudits for the performance of Jack Martin, a rising actor, who plays the role of bushranger Ben Hall.
“We’ve already had keen international interest in the movie, especially from the USA, where Australia’s Ben Hall is America’s Jesse James, and other countries where people are crying out for new Western-oriented movies,” Matthew says. “We think the release of the first pilot, or trailer, will make a big splash at home and overseas.”
The project is relying on corporate and public financing and its vigorous fundraising campaign through Kickstarter raised around $100,000 for the movie’s draft production – a feat that Matthew describes as pretty amazing when you consider that it’s difficult for Australian films to raise more than around $20,000 through this funding operation. “It’s just struck a chord with people,” he says.
The public is being canvassed directly by Kickstarter, offering all sorts of prizes and special deals, for donations as low as $1, right up to $7,500, for the production, and you’ll find just how novel this scheme is on their website at https://www.kickstarter.com/projects/legendofbenhall/the-legend-of-ben-hall-an-australian-western-30-mi.
By Derek Maitland
IMAGE: Jack Martin as Ben Hall – praise for a rising star