Home » Be Seen On ANZAC Day

All photos supplied by Chris Watson of Farmpix Photography. 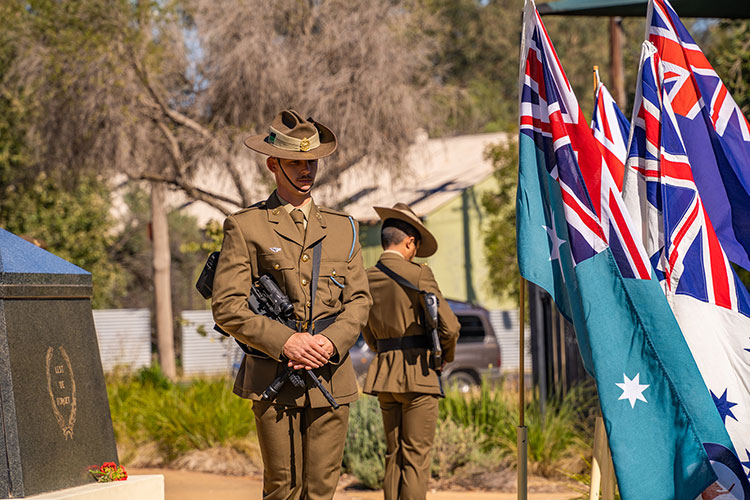 Four members of an armed guard from Canberra, known as a catafalque party, held vigil around the cenotaph with their heads bowed and weapons reversed. 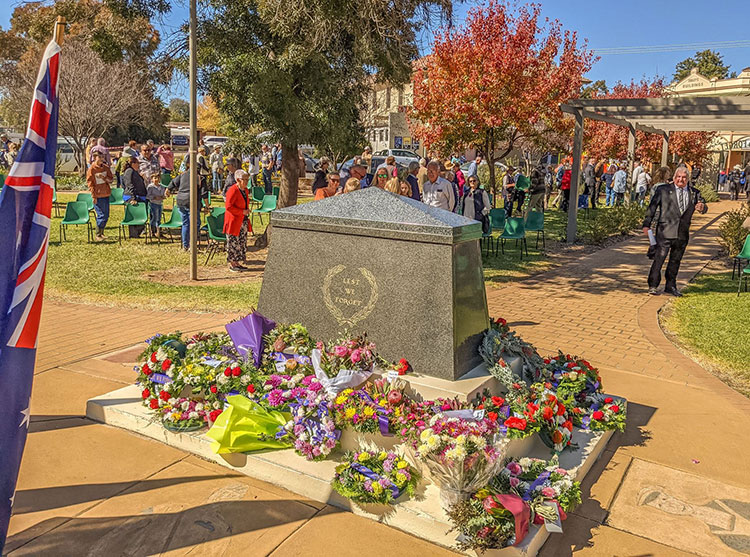 120 people attended the shortened, wreath laying service. Wreaths were laid in memory of those who served by various community groups and members. The captains of St Edward’s Primary School, Canowindra Public School and Canowindra High School laid wreaths on behalf of their schools. The president of the RSL Sub-Branch committee, Mike Harrison lead the ceremony. 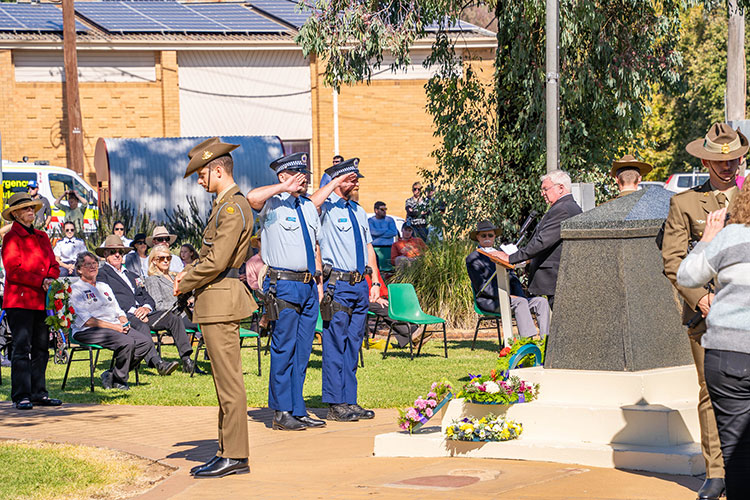 Canowindra’s police officers laid a wreath at the cenotaph.