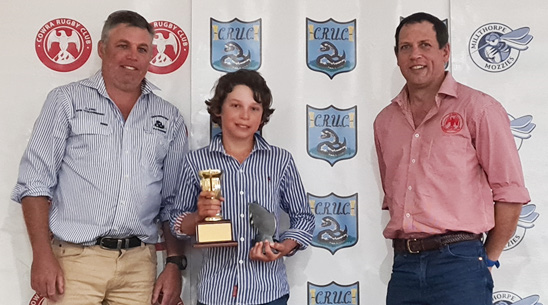 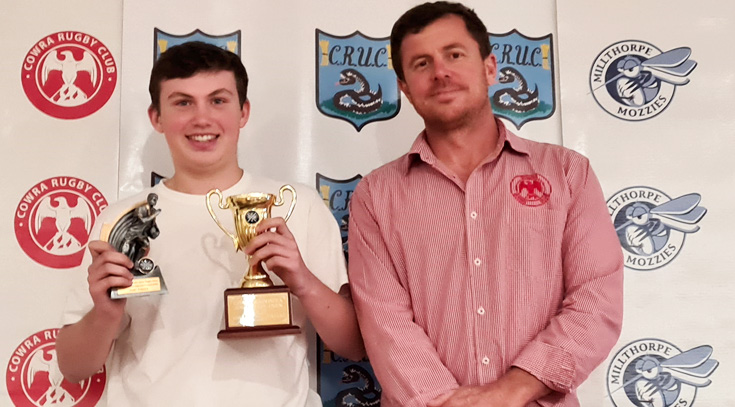 Most Improved Forward in the U14’s went to Toby Fisher pictured with coach Justin Bryant. 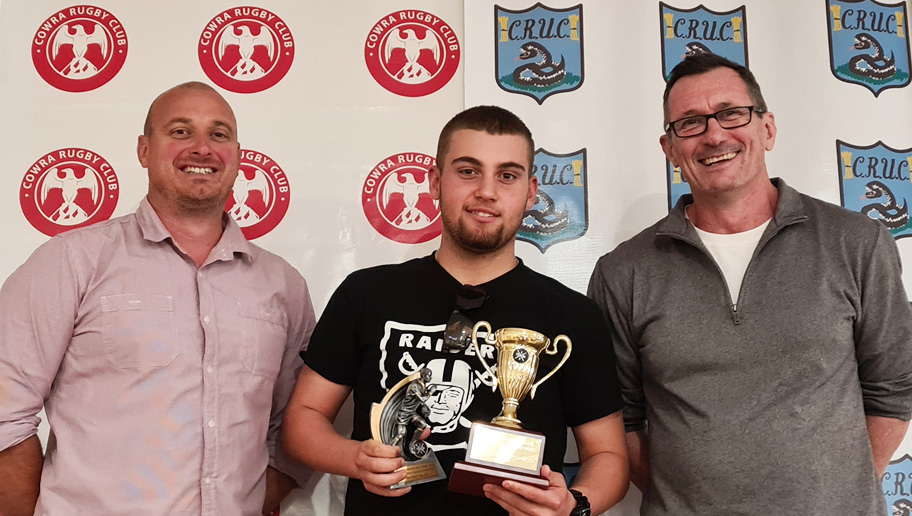 Most Improved Forward in the U16’s went to Hayden Hajje presented by coaches Jarrod Tindall and Pete Stacey. 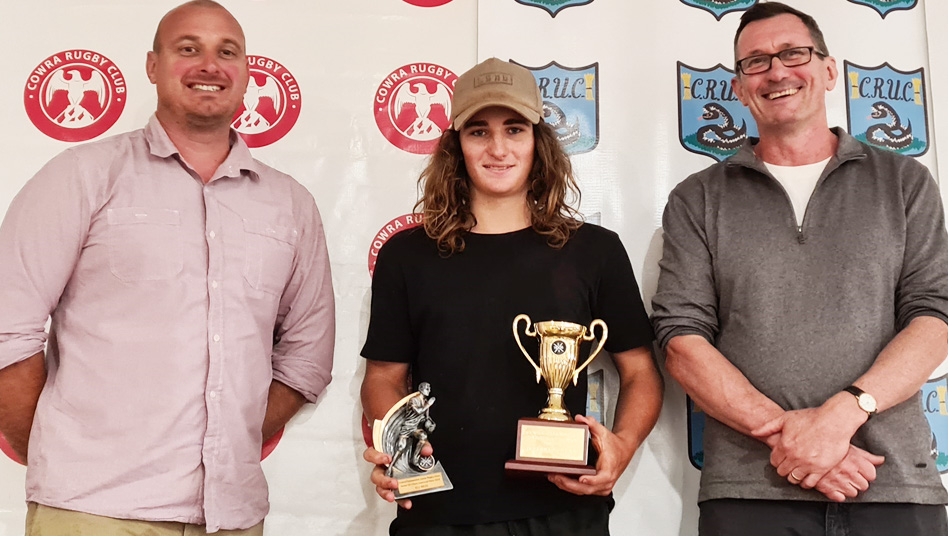 The U16’s Most Improved Back went to Eli Reid presented by coaches Jarrod Tindall and Pete Stacey.