While Gaskill Street was filled with thoroughly modern locals and visitors, a group of reenactors brought a famous 1863 event back to life on Saturday’s street parade, performing the siege on Robinson’s Hotel (now Royal Hotel) by Ben Hall and his gang. The gang was headed up by Matthew Rice as Ben Hall, with Beau Watt as Frank Gardiner, Bob Meyers as John O’Meally, Dylan Slattery as Johnny Gilbert and Justin Hancock as John Dunn.

The gang were supported by local actors and bushranger enthusiasts and even captured our modern-day cop, James.

The infamous event lasted three days and reports indicate the citizens of Canowindra were treated well, as the bushrangers’ aimed to prove to police that they were in control. They did so successfully, humiliating the Canowindra policeman by taking him hostage in his own station and cell. Hall and his gang repaid the hotel owners and even paid for “expenses” incurred by those taken hostage. 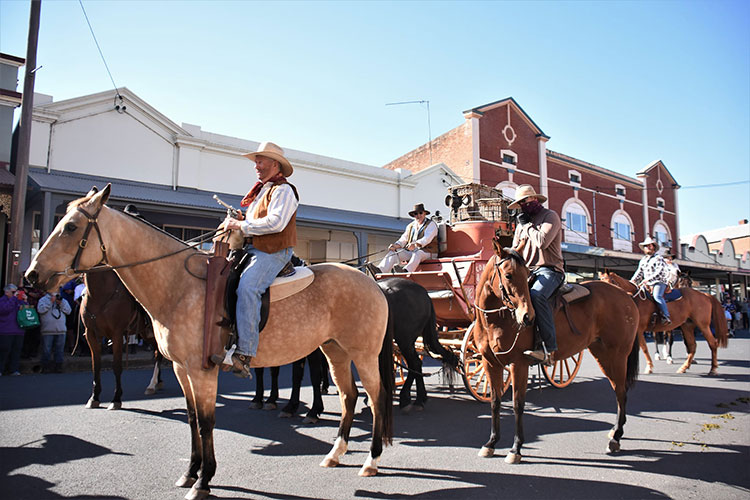 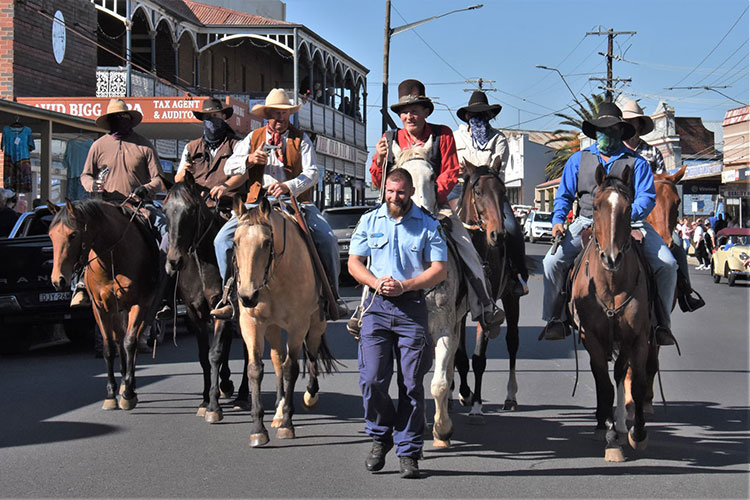 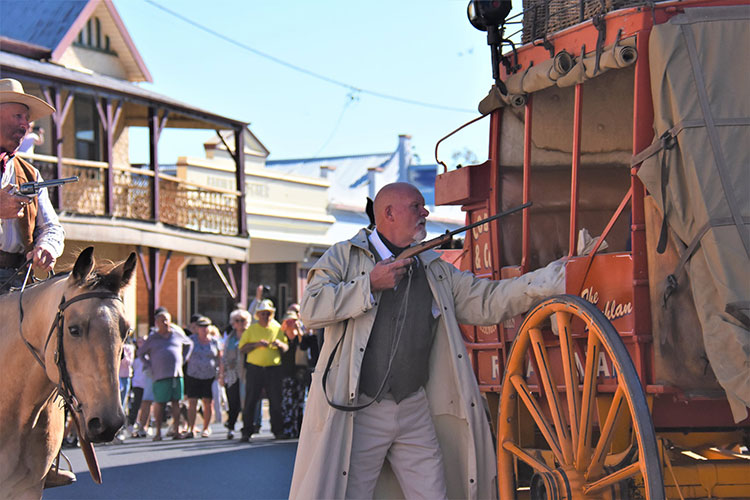