McAlister Kemp ‘Harder To Tame’ 2014 Australian Tour @ Cowra Services Club, Sunday 13th July
Tickets $ 30 adult, child $15. In just under 4 years, McAlister Kemp have quickly established themselves as the premier duo in Australian Country Music… becoming giants (literally) of the genre. They’ve topped the ARIA Country Charts, appeared in the ARIA Mainstream Top 20, won a Golden Guitar and have two fan-voted CMC Music Awards to their credit. As songwriters they have scored two APRA Award nominations and scored an ARIA nomination for their most recent album ‘Country Proud’.  McAlister Kemp have become a major touring act in regional Australia, off the back of their explosive live show, songs that touch on real issues and core values and a brand conducive to obtaining genuine and loyal fan connection. McAlister Kemp will take their music to the world with their new album ‘Harder To Tame’, which will a be “game changer” for Australian Country Music and the Australian music market generally.

Peter Powers will be performing live at the Orange Services Club on 19th July at 8pm. Tickets are $36 for members and $39 for visitors.
Peter Powers started hypnotising people at the age of 12, despite the vehement opposition of his deeply religious parents. He has made 60 of his own televisions shows, broadcast in more than 20 different countries, and has made 29 TV shows in Australia, specifically for Australian television. Make sure you don’t miss this exciting show!

Xmas In July @ Canowindra Royal Hotel, 4th July.
Why not head down to the Canowindra Royal Hotel for the Xmas in July Festival! There will be gourmet hot dogs and hot apple cider with a dash of rum and cheese platters. Canowindra will now experience a white (well almost) Xmas, so why not stop by and enjoy some great food, great company and a roaring open fire to keep you toasty! Matt Robson will be DJ’ing from 7.30pm.

Jazz Trio to play at All Saints’, Canowindra
All Saints’ Church has become a favourite venue for mainly classical musicians over the past few years and will be hosting yet another well-known trio. Tim Clarkson’s Jazz Trio will be playing there on Sunday 13th July, 2pm.Tim has appeared with a diverse array of world-class performers in Australia, the USA and Canada. Featuring on ABC Radio National, at festivals and local clubs throughout Sydney for the last seven years.  It will certainly be a treat for Canowindra to be entertained by this trio in the ambience afforded by All Saints’ timber lined gothic ceiling.Ticket, $25 (conc. $15) including a Rosnay wine-tasting and light refreshments can be purchased at the door. If you want to be sure of a seat ring Rosnay on 63443215. 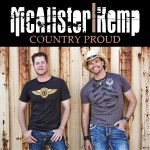 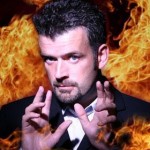 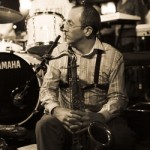