You are here: Home / Articles / Banjo Paterson…More Than A Poet 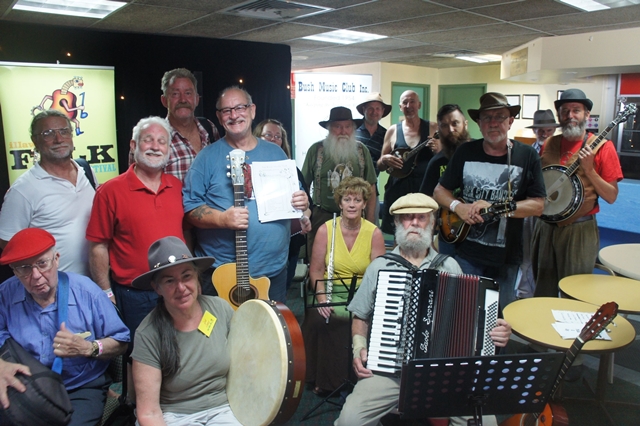 In memory of a the man who brought us Waltzing Matilda 12 members of the Sydney Bush Music Club, along with their instruments, will be travelling to the “Banjo Patterson…More than a Poet” Exhibition in Yeoval. The exhibition, which will be on September 14th, is part of the 150th anniversary celebrations of the great Aussie poet’s birthday. The free concert will commence at 11am in the Pioneers Shed entertainment area, opposite the Banjo Paterson Bush Park, on Forbes Street. A barbecue lunch will be available in addition to homemade scones with jam and cream, made on site at Clancys Café. Coffee, tea and soft drinks will also be available and BYO is permitted, something we think Banjo would be happy about.
The Sydney Bush Music Club is the second oldest Folk Club in the world. Established for 60 years, it encourages the love of the Australian Bush and our Colonial Heritage through the performance of Bush Songs, Tunes, Poetry, Dances and Yarns.
Banjo Paterson spent many years collecting words of original Old Australian Bush Songs and this collection was originally printed by Angus and Robertson in 1905. Many of the songs from the Banjo Paterson ‘Old Bush Songs’ Collection will be performed, so come along and join in the fun in memory of this legendary Australian Poet and Storyteller. For any enquiries contact Alf or Sharon on 0427208913 or go to www.banjopatersonmorethanapoet.com.au
By Rhi Quinn