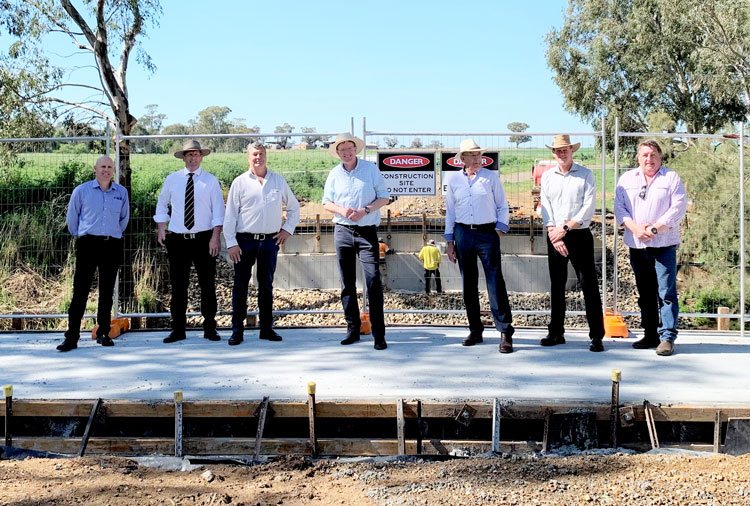 Construction is now underway at the site of a long-awaited bridge replacement project in the Cabonne region.

“This bridge replacement will significantly improve road safety, and that’s great news for people living in the area and using this road,” Mr Gee said.

“I am proud the Australian Government has been able to work together with the Cabonne and Cowra Councils to get this important road upgrade underway. It’s great to finally see the machinery here getting these important bridge replacement projects underway,” said Mr Gee.

The timber bridge will be replaced with two-lane concrete structures that will change from being a load limited to an unlimited bridge.

The Bangaroo Bridge, which was closed in March 2019 due to structural safety issues, is a vital link for the Cabonne and Cowra shires over the Belubula River. The Australian Government has contributed $700,000 towards this $1.51 million replacement project from the Bridges Renewal Program. Cabonne Council will fund the remainder, while the project delivery management will be managed by Cowra Council and completed by early November.

“Council thanks the Federal Government for their contribution to this bridge project. The new bridge will increase the safety of road users, which is a priority for Cabonne Council,” Cabonne Mayor Cr Kevin Beatty said.