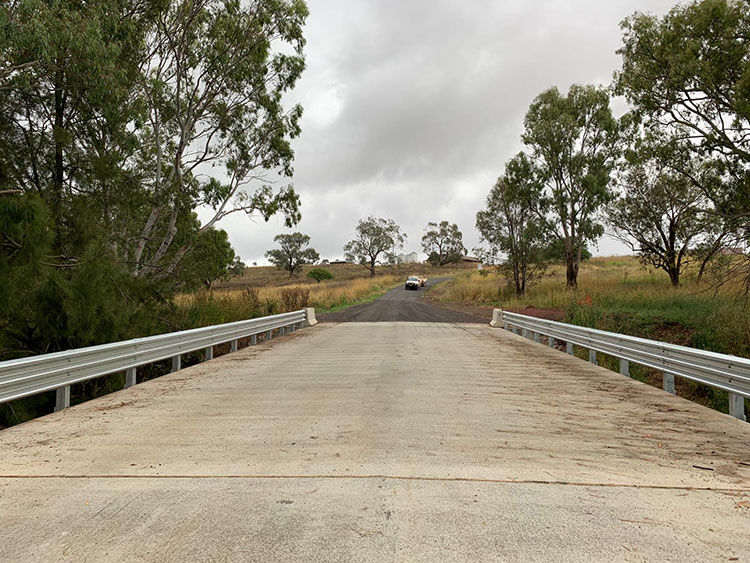 Canowindra residents rejoice at the re-opening of Bangaroo Bridge.

The long-awaited Bangaroo Bridge is now officially open, creating a vital link between the Cabonne and Cowra shires over the Belubula River.

“Cabonne and Cowra residents have been counting down the days until Bangaroo Bridge reopened, following its closure in March 2019 due to safety concerns,” Mr Gee said.

“Bangaroo bridge creates an important link between Cowra and Cabonne, providing access to remote locations and cutting down travel time for residents.

“I am pleased that the Australian Government could contribute $700,000 to the project, through the Bridges Renewal Program, in addition to Cabonne Council’s $810,000 contribution. I would also like to thank Cowra Council for managing the project delivery.

“Bangaroo Bridge is a great example of how the federal and local government can work together to deliver vital community infrastructure, while also creating local jobs and putting dollars back into the local economy.”

Cabonne Mayor Cr Kevin Beatty thanked the Australian Government for their contribution to the reconstruction of Bangaroo Bridge.

“A priority for Cabonne Council is the safety of its road users, which has been vastly improved by the project undertaken,” Mayor Beatty said.

“The old timber bridge has been replaced with a two-lane, concrete structure that has no load limit, which offers enhanced access to remote locations and cuts down travel time between Cowra and Gooloogong.”

Cowra Mayor Cr Bill West said the new bridge will provide residents on both sides of our Shires safe access across the Belubula River once again.

“We are very pleased to see the new bridge constructed and now open to the public,” Mayor West said.