This Tuesday marked the official media launch of the Canowindra Balloon Challenge at the Age of Fishes Museum. Members of the ballooning committee, press and politicians attended including Federal Member for Calare John Cobb, Member for Orange, Andrew Gee, Mayor of Cabonne, Michael Hayes, Andrew Hopkins, GM of Cabonne Council and Cabonne Council Media Officer Dale Jones. Graham Kerr welcomed everyone as fire blasted from the burner of the hot air balloon tethered nearby, delighting the Canowindra Preschool children that were present.
Hot air balloons are the oldest successful human flight carrying technology with the first voyage taking place all the way back in 1783 and today the sport still manages to capture the imagination, with over 10,000 people expected to flock to the Balloon Glow on the 18th April. The event will also entice pilots from all over the world who will pit their skills against Australia’s best when the Challenge is staged from 12-19thApril.
Mayor Michael Hayes said in his speech, “when you have a festival that attracts about 15,000 people who spend almost $2 million in a small country town, it’s no ordinary event. But when that festival develops into a truly international event, you have something very special and that’s exactly what the Canowindra Challenge is.” The Council allocated $20,000 from its Events Assistance Program to the Challenge and are certain it’s a sound investment.
The challenge promises to be a spectacle of colour, entertainment, air and fire. A big announcement this year is that the Canowindra Challenge has had their formal bid accepted in Switzerland by the Federal Aeronautique Internationale to bid for the rights to the Women’s World Championships in 2018. Women from 50 countries will be competing in Canowindra in 2017 as a lead in for the competition. This year we even have two world champions plus the women’s world champion competing, so we are certainly attracting the high flyers to the event!
By Rhi Quinn 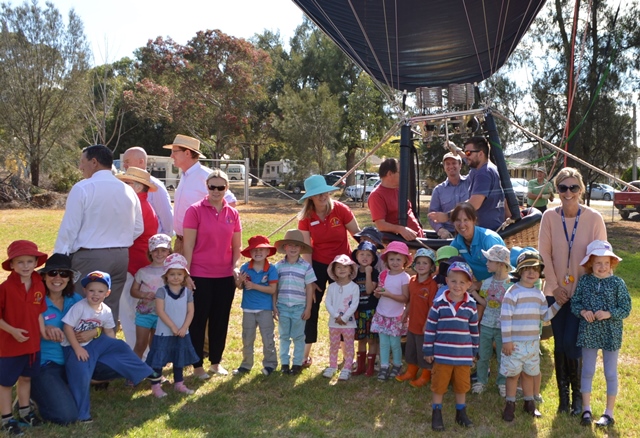