Home » Back On The Mural Trail Map 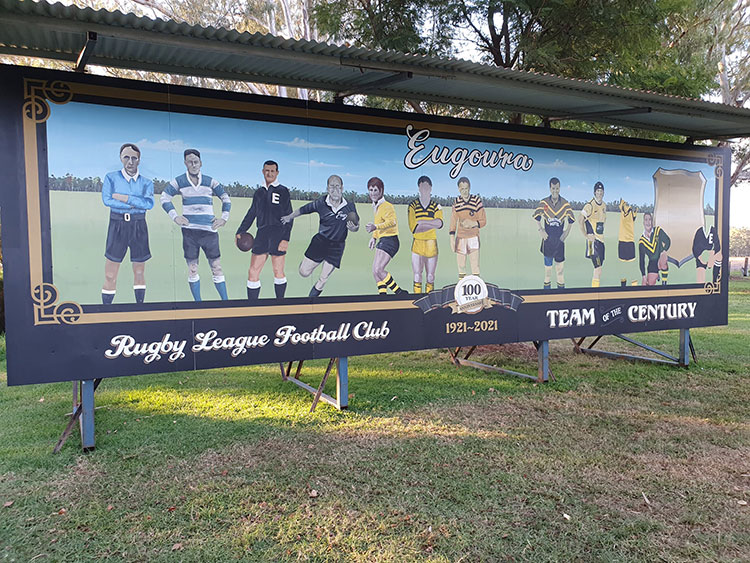 The Eugowra Rugby League Club have been honoured with a centenary mural in the annual Eugowra Mural Weekend.

Ten years ago, Eugowra was becoming a ghost town. Though famous for Ben Hall’s stand in 1862, where he robbed a gold escort coach, there was not much to see or do. In 2012, Jodie Greenhalgh, keen to see visitors return to the town, arranged for a mural to be painted of the infamous escort robbery. Nine years on, the town has 33 murals thanks to its annual Mural Weekend.

This year, the Mural Weekend was back after a pause for COVID in 2020. 16 artists descended on Eugowra to paint two murals, one for the Eugowra Hospital and one for the Rugby League Club. Each mural used a mix of historic images and writing to spin a story. The Hospital mural features the first baby born at the old CWA Hospital in 1930, who was named Campbell Walter Athol Howell in honour of the association. The Rugby League mural was designed for the Eugowra Club’s centenary and features 13 captain/coaches from first grade winning premierships in the last 100 years.

While the weekend is held once a year, the ongoing benefits are felt throughout the months, as tourists are drawn to the varied art around the town, going through 3,000 mural trail map brochures in the last 12 months.

Perhaps this year’s most touching story came in the form of a smaller artwork by artist Sharon Fensom, who painted a photograph she saw on Facebook of the three Townsend brothers in uniform as they joined the light horse in WWII. The artwork was presented to the son of one of the brothers, Wally Townsend, whose father Walter was killed in the war.

“I have spent hours trying to get this right to do the family and the town justice. They represent all the young men who went to war,” said Sharon. 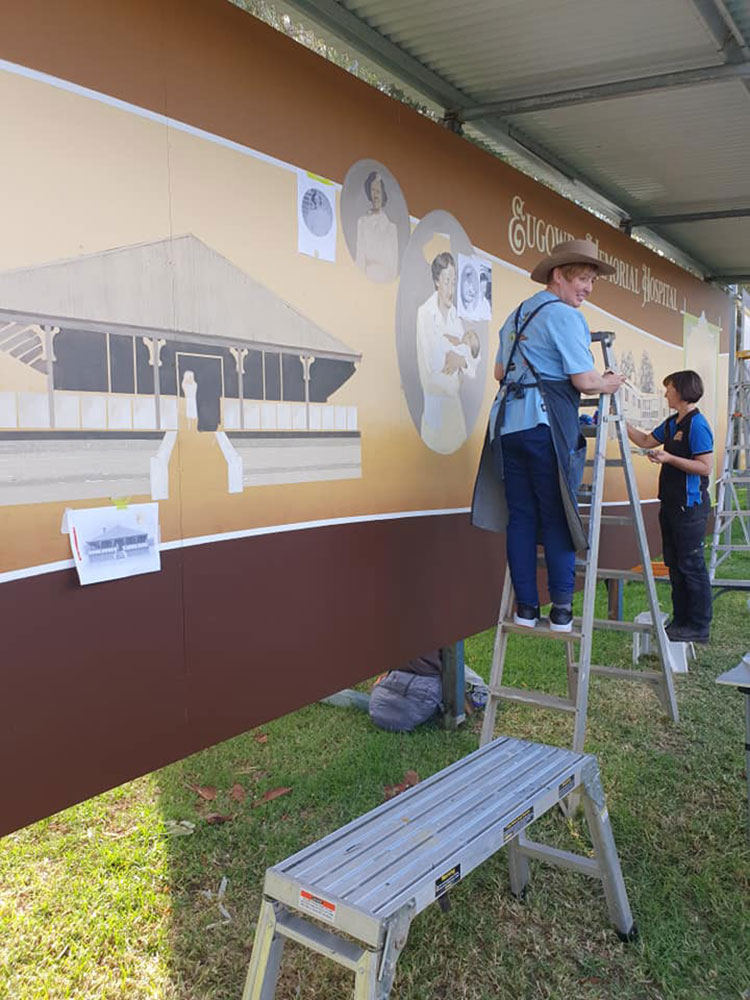 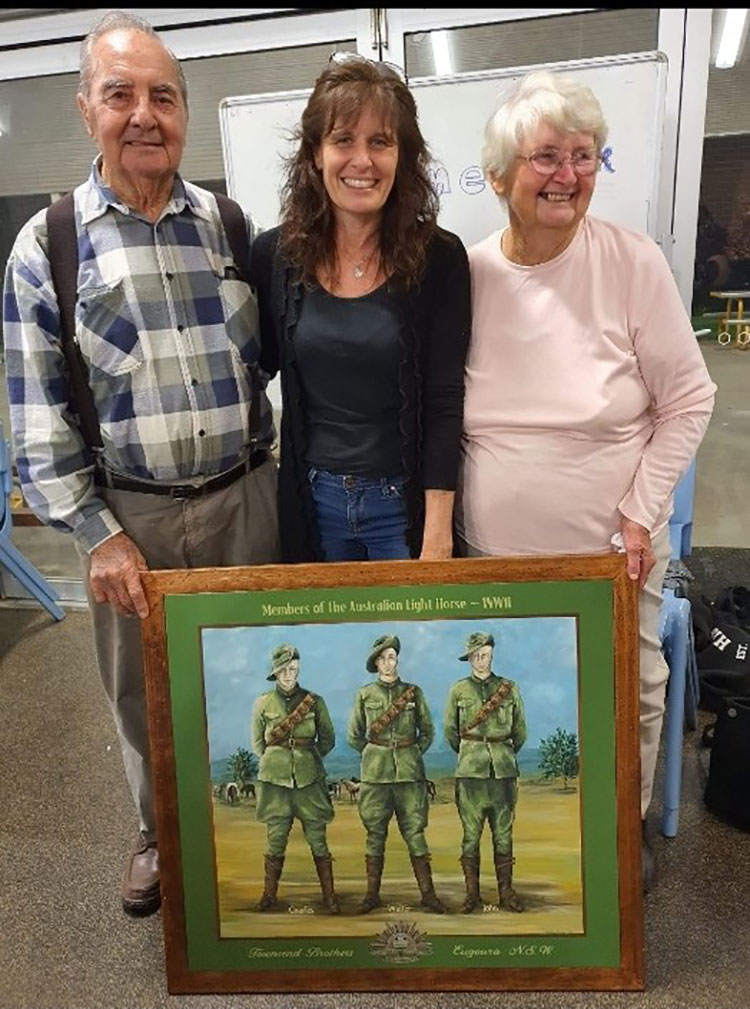 Artist Sharon Fensom (centre) with Wally and Elaine Townsend and her artwork which is based on a photograph of Wally’s father and uncles.