You are here: Home / Articles / Award for Pythonetties’ Icing on the Cake 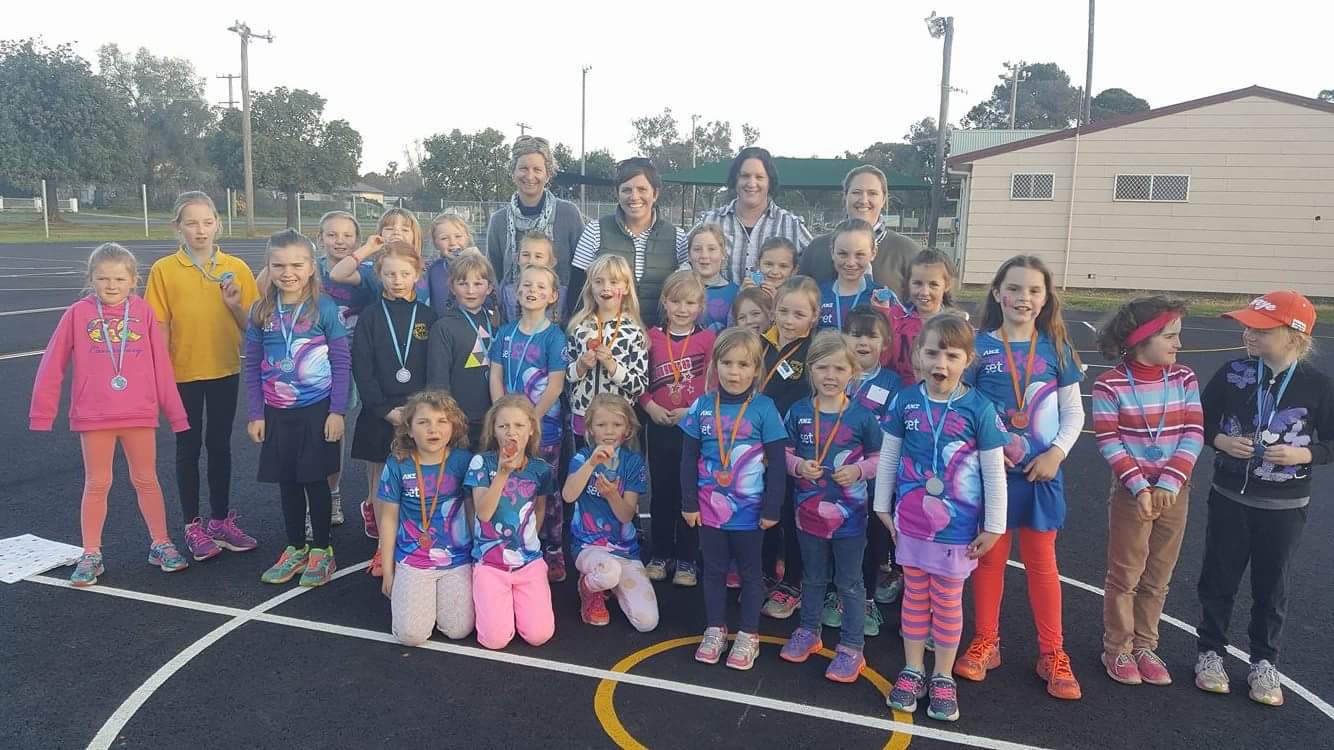 Founder of the Canowindra based netball group, the ‘PythoNetties’, Mandy Townsend, has won her group $1,000 and a netball signed by the 2016 Australian Diamond Team after taking out an Australia Post One Netball Community Award as well as a $500 Visa Giftcard for herself. Mandy said she decided to form the PythoNetties after watching the Junior Pythons’ boys train on a Friday afternoon, and seeing young girls watching with nothing else to do.

She approached Netball NSW to see if they would allow a netball association to be established in Canowindra, but this idea was knocked back, so instead she sought the assistance of the nearest netball association- the Cowra Netball Association. With their help, as well as the help of many other parents and volunteers, she was able to set up a ‘Net Set Go’ modified junior netball program to teach young girlsand some boys- about netball, and the skills needed in the sport.

The program ran from April until August this year, and saw an initial number of 12 children skyrocket to 40 by the end of the program. It became such a success that it attracted funding to construct brand new netball courts at the Canowindra Sports Complex, and the future of netball in Canowindra now has a foundation for the first time ever.

The award recognises significant contributions by community members at the grass roots level of netball, and after finding out she had won the award on Tuesday, said it was a huge win for netball in Canowindra. “Netball has been played in Canowindra in the past, but never consistently, and now we have so much momentum,” she said. “It’s not just me though; it’s a community effort. To everyone that has been a part of this, I cannot thank them enough.” “We will definitely be back next year with our Net Set Go program, and depending on what age groups the Cowra Netball Association run in their Saturday competition next year, we’ll even look at entering a team.”

Mandy said the $1000 would be used to purchase new goal posts, netballs, and training equipment.