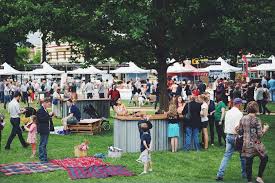 BANJO PATERSON AUSTRALIAN POETRY FESTIVAL RUNS 16-26 FEBRUARY 2017
The Banjo Paterson Australian Poetry Festival which celebrates one of Australia’s most iconic poets and regional Australia’s contribution to the literary and cultural heritage of the nation, will run for ten days from 16-26 February 2017 in the birthplace of Banjo in Orange, Central NSW.

“This is a festival that not only celebrates one of our most iconic locals, A.B ‘Banjo’ Paterson, but also the authenticity of the Australian bush and its’ people and poets,” says Justin Byrne, Festival Chairman. “In a region renowned for its incredible cool-climate wine and as being a dream destination for foodies, the Banjo Paterson Australian Poetry Festival provides us with an additional very hospitable umbrella of culture – under which we can gather everyone together to enjoy Australian history, song and prose in an enjoyable and convivial country atmosphere.”

The Banjo Birthday Brekky and the Festival Food & Wine Night Market on Friday 17 February officially open the event, to coincide with Banjo Paterson’s birthday. A.B ‘Banjo’ Paterson was born on the property ‘Narrambla’ in the Orange region in New South Wales on 17 February 1864, and grew up to become one of Australia’s literary legends. “It’s fairly clear that Banjo’s country childhood had a strong influence on him, being considered the ‘bard of the bush’ for iconic poems such as ‘Waltzing Matilda’, ‘The Man From Snowy River’ and ‘Clancy of the Overflow,” explains Byrne.

Now in its fourth year, the Banjo Paterson Australian Poetry festival continues to grow from strength-to-strength and has captured not only the hearts and imagination of the local and regional community, but also that of poets, explorers and history buffs from across the nation and the Australia Pacific region.