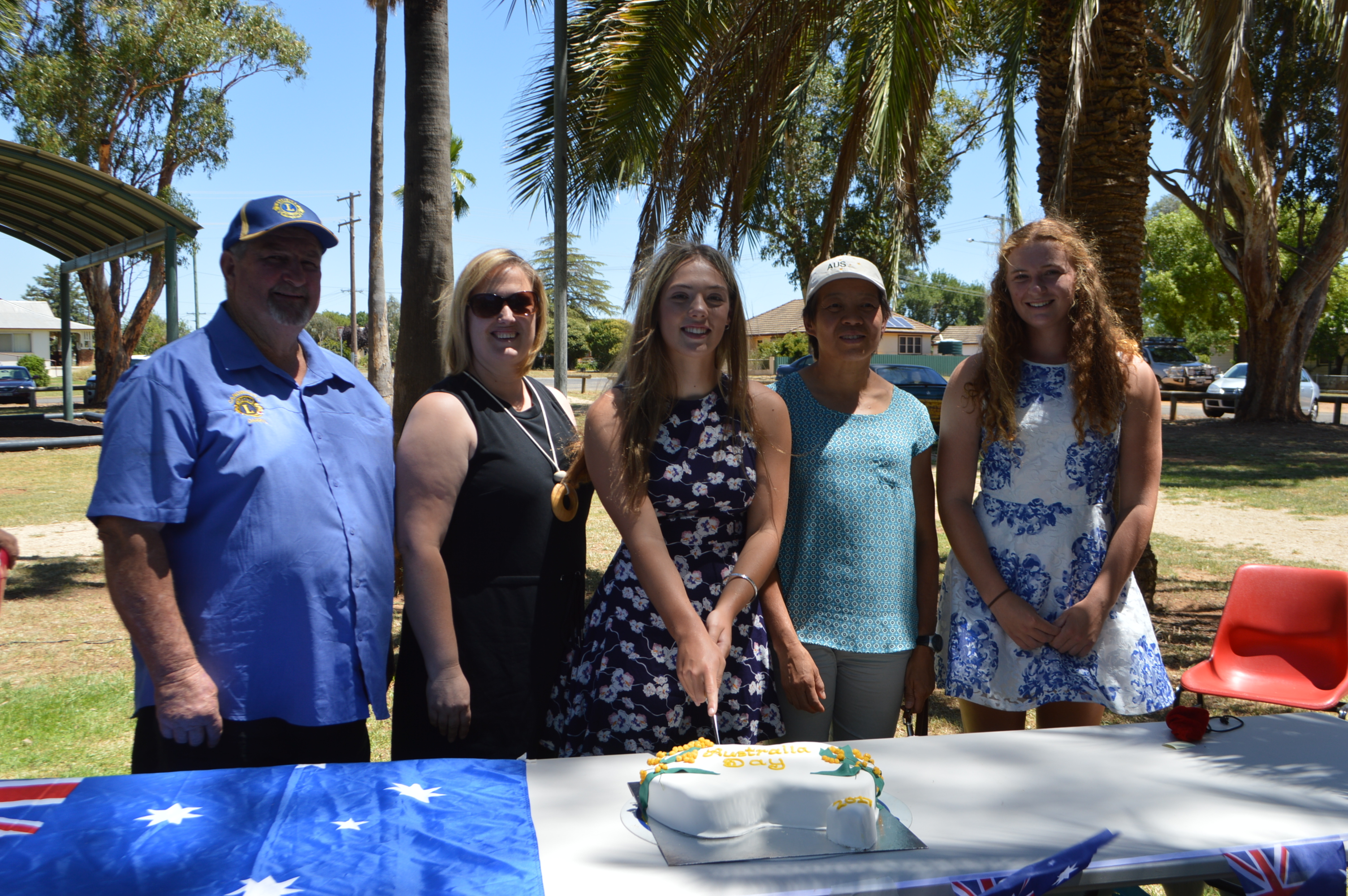 Australia Day was in full swing last Thursday with many choosing to celebrate with family and friends at ceremonies throughout the area.

Darryl Fliender was honoured to receive the award and said, “I thank everyone very much. This award belongs to them (Lions Club) as much as it belongs to me.”

Young Citizen of the Year was awarded to Brooke Kinsela for all of her hard work and involvement in the community. Brooke is involved in the Student Representative Council, Swimming Club, dancing and volunteers for a number of different organisations.

“I couldn’t ask for a better community to grow and learn in, ” Brooke said.

Community Group of the Year was awarded to the Pythonetties. The club offers a netball program for 40 young girls in Canowindra. The Net Set Go program ran from April until August 2016 for the first time and through promotion of the program they have been given funding to construct the first ever netball courts in Canowindra. Meg Jobson accepted the award on behalf of the organisation.

“It is an honour to accept this award especially for 2016 being our first year. Mandy Towsend was really the driving force behind this and 2017 is set to be just as good,” Meg said.

Local Joanna Balcombe also spoke at the Australia Day Awards as Cabonne Youth Ambassador. Jo spend the day travelling between award ceremonies speaking about her experience of growing up in the Cabonne area.

“If I didn’t grow up here I may not have had all of the opportunities I have been given,” said Jo.

Mayor Ian Gosper attended the Australia Day Awards and thanked everyone for their attendance in the beautiful park.

Special Guest Lindy Hou, former Paralympic champion, spoke about her struggles growing up after moving to Australia when she was 14 and having to not only learn how to speak English but Aussie too. Lindy really emphasized that, “all of the citizens like yourself make Australia great and each and everyone of us have the opportunity to be great.”

The local tradition on Australia Day being the Canowindra Cup, involving pulling on a rope attached to a wooden horse through your legs, was once again one of the main attractions of the day. This race is much harder than you think and definitely entertaining for all to watch. This year’s winner went to Anthony Durkin with a close finish.

Cargo also celebrated the day with awards and a BBQ. Citizen of the Year was awarded to Robyn Price. Robyn is president of the Cargo P&C at Cargo Public School where she organises a number of events throughout the year.

Cargo’s Young Citizen of the Year was awarded to Rhys Maere for his demonstrations of leadership and willingness within the community.