Arthur Falconer has stepped down as chairman of the Canowindra Challenge Committee after four years at the helm of the board running our annual ballooning spectacular. He described his resignation as “not a major event” and pointed to a second- hand 3-litre Ford Ranger that he and his wife had just bought, needing a more powerful vehicle to pull a bigger caravan they’d purchased, as the key reason for his decision.

“The past four years has been hard work,” he told The Phoenix. “I just got myself too busy. I need to move on now and find more time for myself.”

Hence the 3-litre Ford Ranger to pull their big caravan all over the country. But Arthur says he’s not pulling out of the ballooning business altogether. “I’m sure I’ll be volunteering to help with next year’s Balloon Challenge,” he says, and meantime he’s focusing on establishing his dream of an East Coast Balloon Club, based here in Canowindra, which would train future pilots and crew-members for the sport. “We’re now calling for members – anyone with the ballooning bug throughout NSW and the ACT. Our Facebook page has already sparked a lot of interest, with more than 20 people responding, and we haven’t really started promoting the club yet.”

As for the challenge committee, it’ll be moving to elect a new chairman and board at its next annual meeting about three weeks from now, according to committee stalwart Jan Kerr. 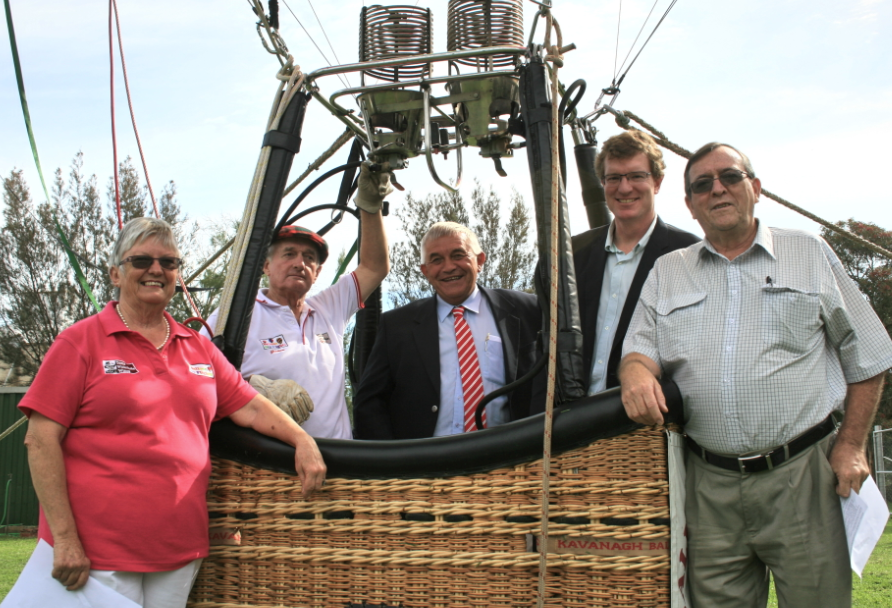