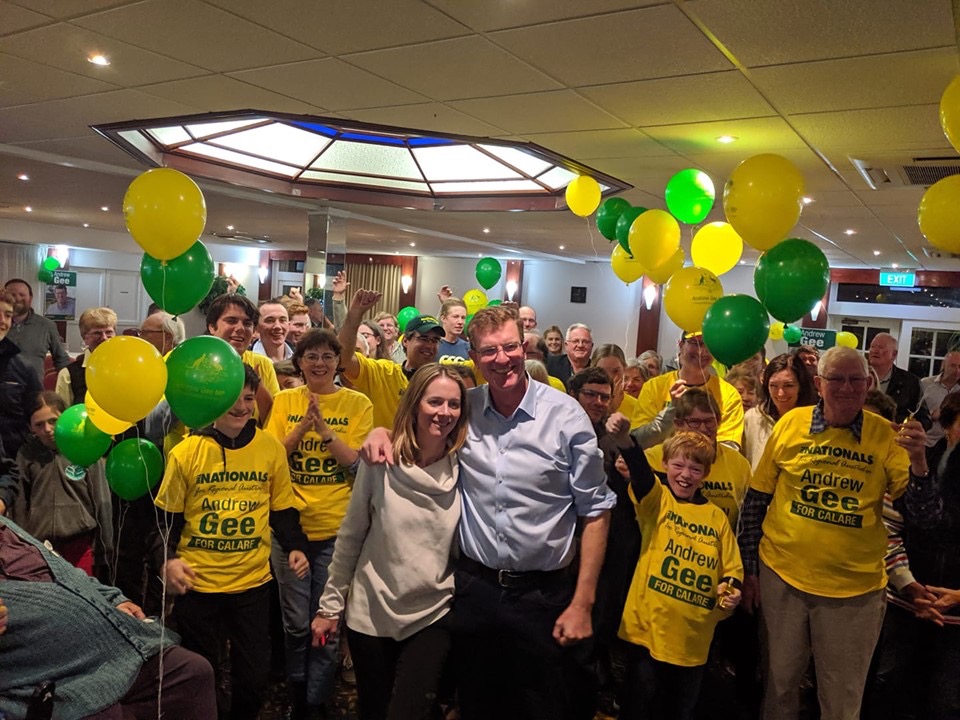 On Saturday May 18 2019 Australia went to the vote with a “miraculous” outcome for the Liberal National Coalition being returned to government for another 3 years. “I feel very humbled and grateful that the voters of Calare have put their trust in me again for a second term as their representative in the Australian Parliament,” said Andrew Gee.

The votes are still being counted, but at this stage it looks like Jess Jennings will finish second and that there will be a swing towards the National Party in the seat of Calare. So the margin in the seat of Calare will increase once the two-party preferred vote is distributed.

“I’d certainly like to thank the whole electorate for the support that they’ve shown me and the trust that they have placed in me. I’d also like to acknowledge my opponents in this last election campaign, particularly Jess Jennings who has been in his third election campaign,” said Mr Gee.

“I think the key to it for us has been working with our communities over the last three years on a range of different projects and to help deliver them with the help of the community. Also, helping thousands of constituents over the past three years. This is work that the public doesn’t see, but is the nuts and bolts of being a local member. We have an open door policy and try to help everyone,” continued Mr Gee.

“The fundamentals of politics remains the same – do the hard work and help as many people as you possibly can to make their lives better, and deliver the services and infrastructure that make our country communities better. If you can do that, then the rest should take care of itself.”

“It’s been a very gratifying and humbling experience, and I’ll do my absolute best to keep fighting and delivering for the people of this area,” said Mr Gee.