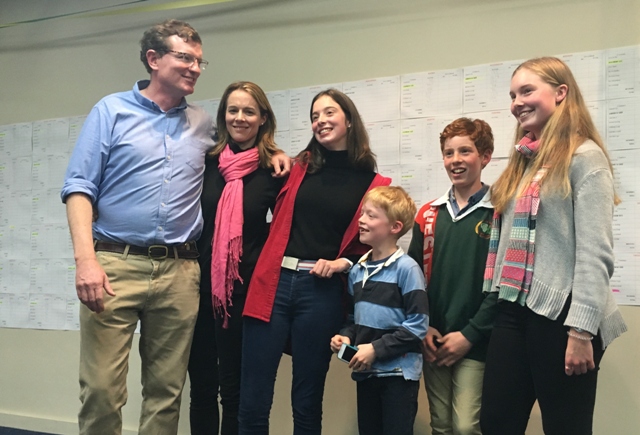 Andrew Gee has comfortably secured the seat of Calare following Saturday’s elections. Andrew said on ABC on Saturday night, after the seat was declared “I am very humbled by the strong vote of confidence and faith and I’ll be working to return that confidence as a strong advocate in Canberra.

I’d like to think that was an endorsement of my work as a State Member.” Andrew pledged to represent “country people” in Canberra and said his first job as the new member for Calare will be to address the shortage of rural doctors by lobbying for action on the Murray Darling Medical School. Andrew was up against competition from Liberal Candidate Glen Davis, Sky Delanie Candidate for the Greens, Labor Candidate Jess Jennings and Rod Bloomfield of the Nick Xenophon Team. The aboriginal name for the Lachlan River, Calare came into existence in 1906 and has generally been a conservative seat.

The recent redistribution of the electorate has brought major changes to Calare, losing a third of the former seat’s area in Forbes and Parkes Shire to Riverina. Into the new electorate comes Wellington, Mudgee and Gulgong from Parkes, and Kandos and Rylstone from Hunter with the National Party margin declining from 16% to an estimated 15%.

Mr Gee announced his resignation from State politics in May following five years representing the communities of the Central West in the NSW Legislative Assembly. Originally from Maitland, Mr Gee moved to Sydney to study Economics and Law at Sydney University. He then commenced practice as a solicitor and moved to Hong Kong where he set up a business with his brothers before returning home in 1999. He was called to the NSW Bar in 2003 and moved to Orange in 2005 where he ran a legal practice. Gee was the National MP for the State seat of Orange from 2011 to 2016.