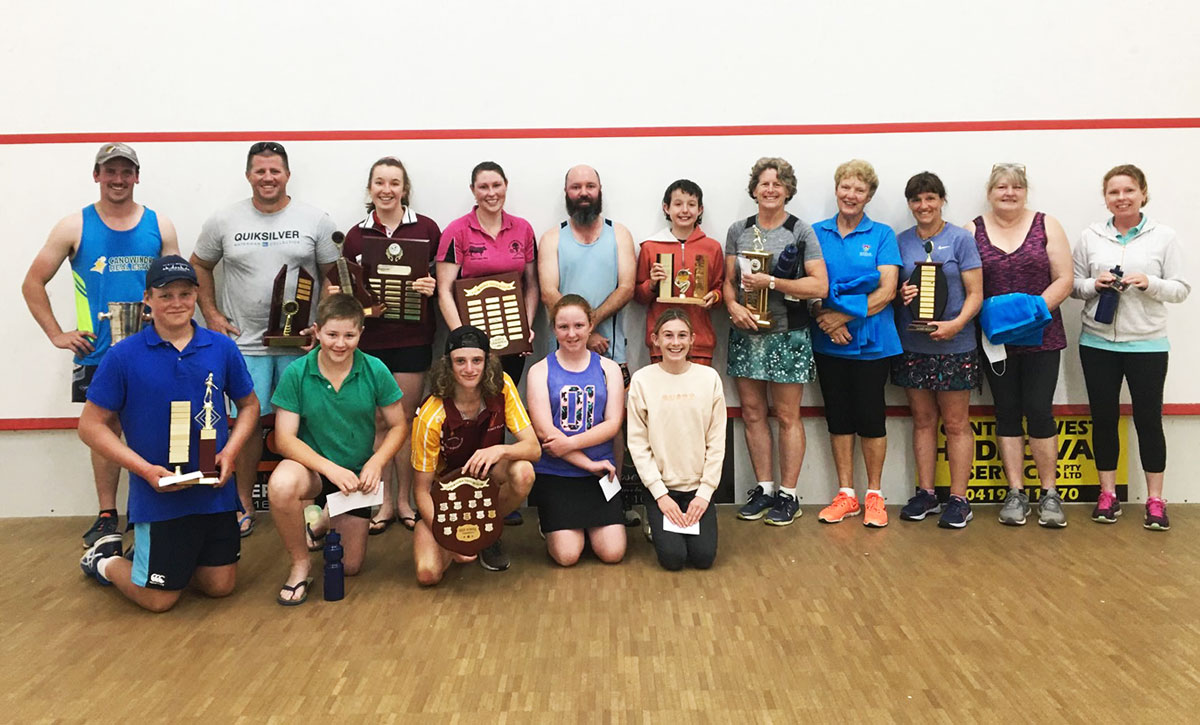 On Saturday, 18 November the Canowindra Squash Club held their annual Club Championships. A total of 35 players took part in the Championships this year, with the preliminary games being played over three nights during the week leading up to the finals.

Monday night saw the ladies and juniors take to the court, Tuesday night was B Grade and Ladies Masters and Thursday was the Opens and C/D grades. There were some incredibly close games which were fiercely contested and great displays of sportsmanship shown throughout the week.

Congratulations to all of the 2021 champions and to everyone who took part in the championships and made it such an enjoyable event. There were some great games played and the Open final was no exception with the Austin brothers duelling it out in a fast and thrilling game for the Open Champion title.